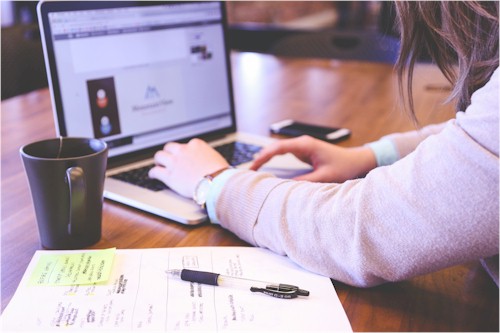 Frequently when I share with someone my perspective that I believe romantic love is our purpose, and that I want to design a lifestyle where making love is central and everything else flows from that, I can see the incredulity grow behind their eyes.

After all, love won’t pay your bills right? There are a lot of other things that are important if your relationship is going to thrive.

There are things like personal finances. There’s your communication. Your parenting style. The list can go on and on.

Life is much more complicated than just love.

How can I be so simplistic as to claim that “all you need is love?”

This is a common misunderstanding of what I actually advocate.

Because I consider romantic love to be central, people often mistake me to be saying it is the only thing. But this completely misses the last half of my sentence, where I say “every thing else flows from that.”

Of course you have to pay your bills.

Of course you have to communicate with your partner and share about your lives and feelings together.

If you have kids they need to be nurtured and raised.

Of course you will do more in life than just make love.

All of these things have their place and are a part of what having a relationship together entails, depending on how you’ve configured your love life.

But that still doesn’t mean love won’t pay your bills. Because only when romantic love is thriving in your experience together, do all these other things flow naturally from your relationship.

When you put other things first, put them ahead of growing and maintaining the romantic intimacy between yourself and your partner, you sabatage these very things.

They just don’t work as they should when romantic love is put on the back burner or treated like a “tack on” to your already busy life.

Psychologist Willard Harley in his book His Needs Her Needs tells how in the early years of his practice he was trying to help save marriages but was failing miserably.

As he spoke with other psychologists in his office he found they were having no better success.

Then he researched across the country and realized what a mess the entire psychology industry was in regarding this subject.

This was in a time when communication skills were a primary focus of therapy.

Seeing this Harley decided to take a different approach.

He felt if he didn’t know what he was doing he shouldn’t be charging. And he wanted to learn how to change this dismal track record.

So he asked couples if they would work with him to try to figure out what was needed to help save marriages.

In exchange for their help he would counsel them for free.

As he interviewed couple after couple he asked them what they thought would help them reunite and thrive again in their relationships.

The answer he received over and over again was consistent.

The reply he received, almost without exception, was “If we were just in love again, most of these other things would take care of themselves.”

As he reflected on this response he realized why it made sense.

When you first fall in love, nothing else matters to you.

You don’t even notice your partner’s failings or inadequacies.

If your partner does something that should annoy you, you over look it because love makes them seem perfect in your eyes anyway.

At the beginning of a romantic relationship everything goes smoothly because your love is simply more important to you than any of the challenges you face.

Harley concluded that what was more needful than anything else was for couples to revive the feeling of romantic love in their relationship, and learn how to sustain that feeling as they remained in relationship together.

As I put it, making love needs to be central. Making love as a lifestyle.

Because when you are truly in love, your problems just aren’t that big anymore.

And somehow you’re given wings to fly above these things, and inspired by love to tackle them.

Everything goes better with inspiration. There is no greater inspiration possible than love.

So what do you think? Are you still sure love won’t pay your bills?

It’s Actually You Girls Who Are Emotionally Unavailable

The Best Thing About Being In A Relationship Is Being Single! (Part 2)