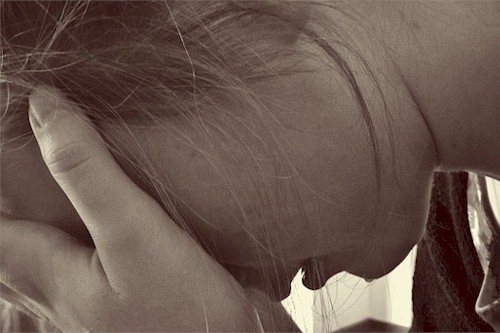 “At least I’m learning to use my head instead of my emotions,” she said.

We had just been talking about relationships.

She’s been reading my blog and seeing what I think about monogamy.

That it JUST DOESN’T WORK.

I give you LOTS of reasons why this is so.

She told me she actually agrees with me. Oh sorry, that’s not quite how she put it. What she said was, “It is all very logical.”

But then she also added, “But I just don’t think I could approach things the way you are suggesting.”

And to be honest with you?

It’s not my style when I’m face to face with someone I care about, to get all in her face about what I’m seeing in her responses.

I really wish I didn’t believe what I do.

I really wish I could tell you with a straight face, what you desire will work out just fine.

There is ZERO evidence to show that it will.

The percentages are just too low.

The likelihoods of relationship breakdown in monogamy is just too high.

When she said she was learning to use her head instead of her emotions, she was talking about a particular guy who she was seeing red flags with.

She had dated him a couple times.

She really liked him.

Because of these red flags though?

She was resisting her emotional desire to go ahead with the relationship ANYWAY.

And of course I agreed with her decision about this.

But noticing red flags about a particluar guy is not what I mean when I tell you to learn to use your head instead of your emotions.

What I’m pointing you to is not THIS red flag.

I wish it was just a matter of identifying a particular person’s failings.

I wish it was that easy.

Just avoid certain people and everything would be alright.

But what I’m trying to get you see? Monogamy ITSELF is nothing else than one GIGANTIC RED FLAG.

You know this from the statistics.

They do not lie.

But your emotions keep telling you to ignore them.

To find “the one” anyway.

Because it is going to work out for YOU somehow.

Because YOUR situation will be different.

YOU will beat the odds.

Because your EMOTIONS tell you so.

That’s the only reason you believe that you will beat the odds and still want to find “the one” you’ll live happily ever after with.

You have absolutely no logical reason to believe that will be so.

You have every logical reason to believe it won’t be.

You are not using your head!

You are still using your emotions.

But this time this is where it actually really counts.

You’ve got to use your head to recognize the WHOLE GAME is rigged.

Nature has completely stacked the deck against you.

You can find someone who looks like the perfect catch and they will still end up being the wrong one.

Because there is no right one!

You’re playing a game that nobody wins!

“But Kel, even you say 17-20% of long term monogamous relationships end up happy.”

You want to bet your future on statistics that are THAT low?

I say it again.

You are not using your head!

You are still using your emotions.

Are you really ready to start using your head? Or are you going to just keep following your emotions and run yourself over that cliff again?

How To Make Monogamy Work (Part 3)

Is Monogamy Even Ethical? (Part 3)