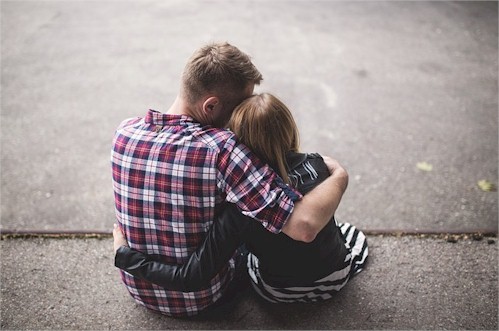 I was having a great conversation with her.

She and I met a couple years ago in 2015 when I was doing a lot of dating.

My first year here in Vancouver, I probably dated about 50 girls using both online dating and in person encounters.

We met through the Meetup.com site.

I saw her picture one day and thought she had a nice smile, so I messaged her to tell her that.

We got together and met up a few times getting to know each other.

We’ve remained friends ever since.

So we were out at a restaurant talking recently and we got onto the subject of casual sex.

She was expressing frustration with guys because they seem to be so “sex oriented.”

She admitted even as a girl she could have sex with lots of guys if she wanted to.

But she wants much more than “just sex” from someone she really cares about.

And I get that girls.

Unlike most of the boys out there, I don’t really want to just pick up girls so I can “get some.”

But I have to admit the way you girls are wired, there are times when even I get tempted to say to myself “To heck with it” and just go for “just sex” too.

Fortunately my heart won’t let me do that.

But here’s the thing.

It is just as hard for a guy who wants genuine connection with you, when all you want is “just friends.”

Because if a guy really cares about you, he wants to share himself with you.

Just like you do when you’ve decided you really want a guy.

But because you are more emotionally wired than sexually wired, you don’t think twice about being “just friends” with a guy.

You think it is awful if a guy looks at you as just a source of sex.

You think it is totally fine to look at a guy as just a source of friendship.

The only time you’re willing to cross that barrier with a guy is if he’ll sign a life long contract.

Agree to give you babies.

Support them the rest of his life.

Okay maybe not that extreme.

But you want commitment.

You want “one and only.”

You want so many things that have nothing to do with the genuine connection you feel for each other.

I can tell you in no uncertain terms that one of the hardest things for me is the realization that being genuinely loving with you means you likely won’t reciprocate.

Because genuinely loving means sharing yourselves with each other.

But you’ll only have sex with a guy you don’t love.

A guy you don’t think is worth having a relationship with.

If you think he’s worth that, then you have to “tie him down.”

It reminds me of a dating coach I worked with that I finally had to leave.

He he was just too “out for sex” for me.

He says you want to have sex with a new girl as quickly as possible, so you achieve “emotional tie down.”

Once you’ve had sex a couple of times, she starts to think of you as “her guy.”

But how does what he’s doing differ from what you’re doing?

With the way you won’t be sexually connective with a guy you genuinely care about?

Not unless you can “tie him down” to a “long term commitment?”

If he won’t commit to that, you won’t give yourself to him as more than “just friends.”

But that’s just like a guy being out for “just sex” with you.

What do you say girls? Isn’t it time you quit friend zoning the guys you genuinely care about?

Too Much Of A Good Thing

The Key To Having A Love Life That’s Abundant

Imagine What Would Happen!