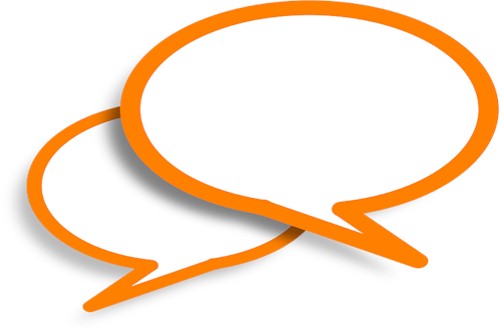 Time for a little “He said, she said” here.

In my last installment of this mini blog post series I told you about a girl friend I dated a couple years ago.

My conversation with her inspired Part 1.

Like so many of you girls, she wishes she could have friendships with guys without it having to include sex as well.

I encouraged her to read that last blog post and let me know what she thought.

She and I ended up messaging back and forth over the next couple days.

It was a fascinating conversation.

With her permission I thought I’d share some of that with you.

I think you’ll find it interesting too and maybe even a bit helpful we’ll see!

For simplicity sake I’ll just use the convention of “Her” and “Me” to indicate who is talking.

HERE IS HOW OUR CHAT WENT:

Her: I read your blog post. Very good one as usual! On the question at the end, what do you mean by “quit friend zoning guys you genuinely care about?” You mean caring romantically or caring as a person?

I think if a woman cares about a man romantically, she won’t mind being sexually involved.

But I noticed most guys don’t want to be just friends if there is no sex between them. So their relationship with a woman has to be sexual or it’s not worth it!

Do you personally stop being friends with women if they don’t have sex with you?

Me: I do have friendships with women that I wish was more. It is not my style to unfriend anybody though.

Her: I noticed that about you and you are rare!

Me: I think you’re right that usually guys want more because connection is incomplete to them without a physical connection.

Her: I always wished I could have a few guy friends I could feel comfortable and trusting with without having to have sex with them. But that’s very rare. At least in my case!

Me: But it’s sort of the equivalent of a guy saying “I wish I could have a few girls I just have sex with, without emotional connection.”

Her: Having only sex with someone sounds abusive. But people can be friends with each other with no expectation. You have guy friends and I have girl friends and we don’t have sex with them. Why does it always have to be about sex in opposite sexes?

Her: Well that is the problem. If the emotional feeling is only one way, she or he gets hurt and since they can’t tolerate that, they would rather leave the relationship. Even though it could turn into a valuable relationship. But most guys don’t care about friendship, they want their sexual needs fulfilled.

Me: Agreed. But guys can echo you and say, “Girls don’t care about sex. All they want is to get their emotional needs met by being ‘just friends.'”

Her: I personally don’t need my emotinal need met from a girl friend more than a guy friend. They can be equal to me and my girl friends never feel abused by me being friends with them!

I think if you don’t have romantic feeling about the opposite sex, you can easily continue your friendship.

Me: That’s because your girlfriends aren’t guys!

Her: As soon as you have feelings for a girl, you want to take it to bed. And if the other person says no, you get hurt and would rather leave.

Me: I think a lot of girls suppress genuine affection for guys they know to avoid being sexual with them. Largely because they think that should only happen in a “committed” relationship and only with one person. As you know I think friendship is the right foundation.

Of course when they say they just want sex, you leave too.

Her: Well, I had several short relationships that started getting sexual soon, but I knew from the beginning it was going to be short and I didn’t want commitment. I just enjoyed it for the time being. So it is not always about commitment, but about sexual chemstry too.

Me: But technically that’s “just sex” which you said is abusive.

Her: That’s right. I abused them both sexually and emotionally. That’s why I need to be more careful now. I’m not proud of hurting them!!

Me: I think that is the bigger issue. You girls don’t think you can connect romantically without a huge attraction factor present. I think genuine friendship is where real love starts. But it’s not as exciting a feeling.

Her: Friendship and love to me are two different things. So you need to explain more what you mean please.

Me: First check out this blog post called Is It Love Or Is It Addiction?

Her: Nice one as well!

Maybe I am a bit confused still. So, you are suggesting to start as friends to get to know each other well before getting physical and see how it goes, but without friend zoning?

And what about if the attraction factor is missing right from the start? When you don’t see him as your prince charming?

Me: Prince charming is the same “sweep you of your feet” addiction stuff. That’s just biology to get babies made. See this one too.

Her: Yes, and as you said we are wired that way. If I don’t see the man to be capable of protecting and providing or he doesn’t have stable social status, call me narrow minded or old fashion, but it turns me off to value him as “my man.” So I can only love him as a person or as a friend. Or I can have sex with him for the fun of it if I want to and then let him go.

To be clear, I need to mention I don’t need him really to protect me or provide for me, since I can do that myself but it is a manly gesture and a woman likes manly gestures similar to men who like feminne gestures in a woman like looking pretty or dressing nicely.

You might say I only want a man for his money. No. I want a man to be strong and generous enough to take care of his woman. I also take him out and spend on him as well. It is just signs of chivalry that sweep a woman off her feet, an initiation to romance. Otherwise you might as well stay just friends!!!

Me: The pity is you miss out on some really great guys who don’t play the game. And it IS just a game. Nature’s game. This is a central reason people’s love lives fail. We let nature decide for us instead of making conscious choices.

Her: I tried to ignore my nature and got into relationships that lacked or missed those qualities but even after a few months my “nature” still haunted me and didn’t let go. I wasn’t happy within. Always something was missing. WE ARE WIRED THAT WAY. Nature wins each time. Unless you get what you are missing somewhere else like you in polyamorous relationships.

Me: Yep. Definitely sidesteps nature’s game! I do believe we can make more conscious choices in light of all this.

Me: BTW when I say we are wired for attraction I don’t mean we are predetermined by it. Attraction is not real love. It’s a con game. Attachment is where it’s at and that is about valuing the person for how he/she is.

Her: That is true. But tell me, do you see the value in a person only in a sexual relationship or could there be value in a friendship with the opposite sex?

Me: You keep giving me an either/or between friendship and sex lol! My vision is more a combination of both.

Her: Well, everybody’s ideal relationship is a combination of both! However when sex is not in the equation, friendship is still valid for me.

Me: Of course. As a woman emotional connection isn’t primarily physical for you. For guys though it is. That’s why most guys don’t do “just friends” well. I’m not talking about the “just sex” guys. I’m talking about the good guys who are willing to be genuinely emotionally connective. The ones you think are “worth” being “just friends” with. You’re asking them to be emotionally connective in a way that’s meaningful to you, while expecting them to do so in a way that is not fully meaningful for them.

Me: I would say you and I have emotional connection wouldn’t you?

Her: By emotionally do you mean romantically that can eventually turn into sex?

For me, I didn’t find that kind of emotional connection that makes me want to pursue it to the bedroom. But I really enjoy my conversations with you as always and value you as a guy friend I never had!

If you would like to continue our friendship I would be honored and if that isn’t fully meaningful to you, I still understand.

Me: Ha ha. No I still don’t think you’re understanding me!

And I’m not talking about you and I per se, nor about anything I do or don’t want between us. I always remain open to see where any connection goes. It doesn’t have to go anywhere specific but I never decide up front where it can lead.

Because I simply cannot know that, until I get there. Love has a way of surprising you! 🙂

What I am talking about is the general approach you girls take to all this. I think it is a big mistake.

My point is you CAN’T really know where your connection with any guy will go that quickly. That you think you can know that, shows you’re just chasing attraction, not real love.

I CAN’T say where a connection will lead with you or any girl, without taking the time to get to know you and see where it leads.

You girls usually just assess your intial attraction and then close the door, if that doesn’t do it for you. By doing so, you block potential love in your life from having a chance to find you.

And I will tell you, the BEST love will always sneak up on you while you’re busy just getting to know someone, if you give it a chance and quit trying to second guess it in advance where it could or should lead.

That’s why this “just friends” thing is so problematic. It’s like a guy closing himself off from really getting to know you and instead just seeing you as an opportunity for sex. That’s what you girls do from the opposite side.

I hope you enjoyed this interchange.

Lots to think on and reflect on in there!

If you’re a guy it gives you a little more understanding of how girls look at this whole “just friends” thing.

If you’re a girl, hopefully it gives you a little understand into why this usually doesn’t work for the guys you want it with.

What do you think everybody? Do you think we can finally come together in the middle or will the battle of the sexes continue on forever?

You Can’t Unconditionally Love Your Lover

It’s Not Possible To Have A Long Distance Romantic Friendship

Am I Just Not Playing By The Rules?