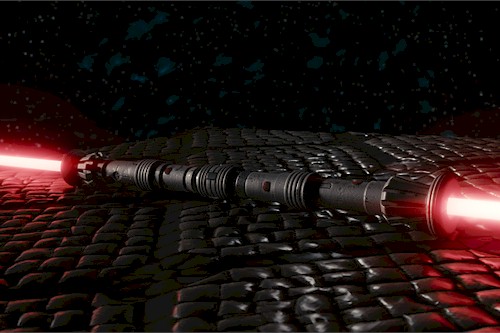 The major point I make here all the time?

To sustain the feeling of romantic love?

To keep your relationships happening for the long run?

Rather than be exclusive with anyone?

You are better to have Romantic Friendships instead.

Eventually they leave me.

Because the pull of monogamy is strong.

It’s like the dark side of the Force actually.

I’m sure the Sith have something to do with it!

This “problem” with Romantic Friendships is statistically known as well.

I have a dating coach friend who tracks this stuff.

He’s been doing his relationship life similarly for years.

I wrote him once and asked him what the statistic were for how long a girl stays in an open relationship. Is there an average time frame a girl is with him before bailing on him for monogamy?

He told me the average is about 16 months.

Then they toodle off with some other guy.

The Prince Charming they’ve decided is “the one.”

I wrote him back and asked, “Then how can you claim polyamory works?”

“Aren’t you saying this type of relationship breaks down just as much as monogamy does?”

I should have known better.

This guy is an INTJ too.

He pointed out to me the obvious truth that was staring me right in the face. It’s the same truth I shared with you in my previous post about the girls who’ve left me for monogamy too.

They did not leave because they weren’t in love.

They left because they wanted monogamy.

They still loved me.

Would have stayed with me if I got with the program.

So what I tell you here is completely true.

Romantic love itself doesn’t as easily break down in Romantic Friendships.

The girl just finally gives in to the dark side of nature’s plan.

Instead of staying with what is working already?

She says NO to love and says YES to mongamy.

Chooses an IDEOLOGY over our actual relationship which she loves.

But as I’ve told you before, and my coaching friend reminded me, monogamy always fails. And when it dies LOVE dies too so there is no hope of ever reviving it.

The case is totally different with Romantic Friendships.

Because the love and attraction REMAINS.

Which means when that new monogamous relationship breaks down?

Who do you think she comes running back to then?

This isn’t some macho “See I told you so!” thing.

Not even an “I’m a great guy and I’m glad you’ve learned your lesson.”

It is just a fact.

When you see how things in that new relationship go?

You tend to realize what you HAD.

My coaching friend insists girls always leave their new monogamous guys eventually. Either because those guys become boring, insist on too many rules or end up cheating on them.

Remember how I told you this coach friend tracks everything?

He has statistics to back this claim too.

He has a 94% return rate of girls who leave him for monogamy.

They try it out.

Find out it fails.

Then back to him they come again.

I know this all must sound completely bizarre to your tender little monogamy addicted ears. It just can’t be right that girls will return in droves to a guy who won’t give them what they WANT.

Well you’re right about that.

Not if they didn’t realize they actually WERE getting what they wanted.

What you girls actually want is real love.

It is what you are wanting all the time.

The lure of monogamy is just the lure of the dark side. Calling you away from what you really want.

So the next time you wonder if polyamory works?

Keep these stats from my coaching friend in mind.

Do you want to keep love alive?

Then love with an open hand.

Quit saying no to love by trying to capture it and bottle it up.

What do you think now? Are you ready to finally turn from the dark side and give these Jedi relationship skills a try?

Why Do You Believe In Monogamy? (Part 2)

How Do You Keep A Marriage Sexy?