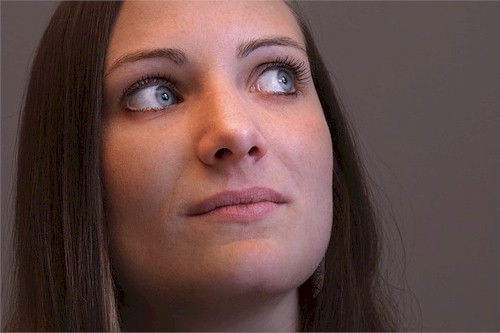 Of course what a silly statement to make.

You’re not about your minds at all are you?

At least not when it comes to love.

You’re all about your feelings for that!

Which is why you keep hoping we guys will turn into hairy girlfriends for you one day.

I can tell you right now it’s never gonna happen!

But I actually want to talk to you guys today. I want to ask you if you can relate to my experience trying to connect with the opposite sex.

I’m a guy who puts myself out there.

I indicate my interest.

I pursue a girl when I want to.

But I also have my priorities.

I want a girl who’s conscious.

Able to take the time.

Time to really get to know me first.

Without friend zoning me in the process.

I’ve experimented with a lot of different ways to achieve my goal of getting a girl I like to give me the time of day.

Then I get this response.

“You’re being too direct.”

“You need to be more subtle.”

“Give a girl time to warm up to you.”

Really subtle is more my game anyway because I don’t want to escalate quickly. I don’t wont to confuse her emotions by tying her in with sex right away.

But when I take my time?

I find one of two things happens.

Either she friend zones me because she “doesn’t feel that spark.”

Or she gets mad at me that I “concealed my intentions.”

Who can win at this game anyway?

One time I messaged a much younger girl who I really thought was special. I wanted to just take some time to get to know each other and see where that might go.

She messaged me back and asked me,

“What are you intentions?”

Of course I knew what that meant.

Whatever “that way” meant to her.

I told her I didn’t have any intentions other than wanting to get to know her. She really could not compute because like most girls she thought I had to be already into her.

Her little female brain only allowed for friendship or for romance.

It couldn’t be possible I was actually approaching her just see where things would go.

Wanted to know if I had romantic intentions.

Which I didn’t because I didn’t really know her yet.

I don’t have romantic intentions with ANYONE, just because I’m interested in them.

I want to explore.

She was so relieved.

That’s what she NEEDED.

To fit me in the box she had designed for me.

To her that meant I HAD romantic interest.

Which clearly I did not.

It is not an assumption love will actually develop.

It’s an openness to see if that ends up happening.

It it doesn’t that’s okay too.

Instead this girl said she felt “violated.” Because I was much older than her. I told her I was sorry she felt that way but if she knew me she would probably feel much different.

As you know I think age is irrelevant.

But that is just the problem.

You girls don’t take the time.

You think you are “romantic potential” Geiger counters.

You can snoop this in twenty seconds flat.

I just sigh and go merrily on my way.

To see where our connection may lead us.

What about you guys? Any luck getting girls to take the time to genuinely get to know you before writing your potential off completely?

The Difference Between Breaking Up And Moving On

Make This Year Your Year Of Love