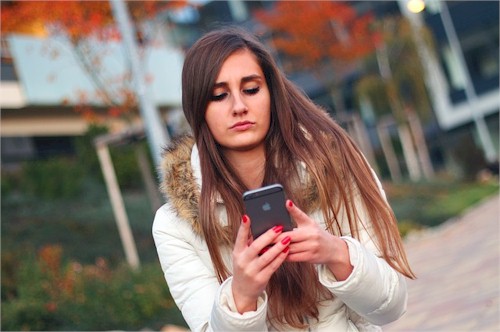 It’s hard when I work with you guys.

Helping you with your online dating.

You have such high expectations.

Hopes for what you will find.

The harsh realities of the dating world today are nothing less than jarring to you introverted guys, who have your act together on the inside.

Because most girls don’t.

At least not the ones putting themselves out there.

They are really HIDDEN treasure.

Just this week I heard from a client in his early 40s who I worked with to land some Tinder dates. I showed him how to message her and how to say no more than is needed to book the meetup.

She seemed eager to get together.

But then their schedules got messed up.

First she had to re-book.

Then so did he.

Instead she messaged him saying this:

“Hi, I’m very sorry but I can’t come tonight. I think our timing is not great! I’m going to step away from this process and wish you the best.”

It takes a couple tries to make it happen.

And that’s enough for her to think she needs to step away?

He had this date with another girl too and everything went great.

At least as far as he could tell.

She even messaged him after the first date.

“Hey, thanks for meeting up for coffee last night. I enjoyed myself but I didn’t feel any chemistry between us that would make us a match. Have a good weekend and good luck in your search. Cheers!”

I told this client what I’m going to tell you now.

These are all pretty STANDARD online dating patterns.

Girls will bail on a dime.

One time, “It doesn’t feel right.”

Then trouble coordinating timing is a “sign” it isn’t “meant to be.”

There is only one answer when you experience these things.

What you have to understand is the dating world is filled with girls (and guys) who really aren’t secure and mature enough to be in a real relationship. Many girls who are online never even intend to go on a date.

What are they online for?

To watch their inboxes fill up with admirers.

Not an experience YOU have online.

But that’s because you are a guy.

Even the most homely girl gets lots of attention.

The way you can know what I’m saying is true is just watch when one of your female Facebook friends posts a new picture of herself. All the boys and girls line up to give her validation, telling her how beautiful she is!

So what are you SUPPOSED to do?

Get out to meetups where girls can encounter you.

Online dating is not your best source.

Just use it as one of your options instead.

But finding that sweet girl?

The one who will truly value you for who you are?

Online dating probably has one in one hundred.

And that is if you’re really lucky!

In saying this I’m not trying to discourage you. I just want to make sure you understand the realities here. It really is not you!”

So let me give you some encouragement.

I met this week with another client, also in his 40s.

We’ve spoken many, many times.

Girl after girl who didn’t think he was IT.

Then she’d bail on him too.

He was starting to think maybe it really was him.

He was close to giving up hope.

But yesterday when we met he was all good news! It had been many months since we last caught up and he is in a relationship now. She’s a very sweet girl who is totally into him and dotes on him all the time!

How did he find her?

He thought back to a date he had about a year prior.

Where this time HE was the one who wasn’t so sure.

She wasn’t a hottie.

She was just “kind of cute.”

He wrote her off as “not his type.”

He decided to give her another try and go out on a few dates. As he took the time to really get to KNOW her, she began to grow on him more and more.

His attraction for her kept warming up as she wrapped herself around his heart.

She really is that sweet girl I talk about.

The one who takes you by surprise.

When he finished telling me I said to him,

“Looks like you’ve found yourself a Cool Girl after all!”

So guys don’t give up hope. Just recognize this is a numbers game. These girls are really out there.

But they are very well hidden.

You’ve got to patiently go take your lumps.

You have to keep looking.

Not let the others get you down.

As my client put it, “When you find the right one it is all so easy.”

What do you think? Have you got what it takes to keep putting yourself out there until that Cool Girl you’re looking for shows up?

“No Players” And Other Powerful Online Dating Profile Lines

Is It Time For Princess To Finance Her Own Glass Slippers?