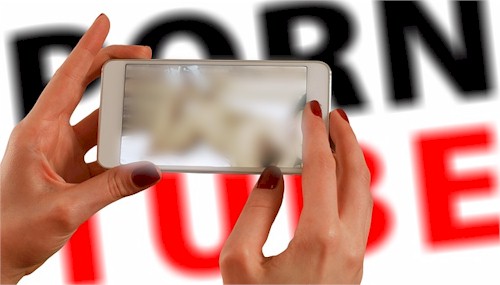 In a recent post called What’s In A Word? I talked about how you may sometimes feel a writer’s use of a word is inappropriate or offensive because of meanings or connotations you’ve associated with that word. The big one I dealt with in that post was my use of the term “girl” when I write about females in relationships.

Some girls find this offensive.

I emphasized in that post that it’s not really appropriate to get upset over a word because of a connotation you have attached to it, without first making sure the author you’re reading shares that connotation with you. Only if he does should you take him as being offensive. Otherwise it’s your own issue and you need to adjust your understanding of the author accordingly.

Another word I mentioned briefly in that post which also bears a lot of connotation assumptions is the word “addiction.”

I’ve had readers take offense when I say that most guys are naturally sexually addicted.

They feel the word addiction has a negative connotation and so I must be suggesting guys should change their natural sexual tendencies. I’ll have lots to say about that particular question in future blog posts.

Many people don’t think this type of addiction exists either.

In a recent post I shared my own past experience with sexual addiction and the factors that played in my life that exacerbated it.

[UPDATE: Apparently Karolina’s site and this article are no longer available.]

Apparently the responses in these two types of subjects are exactly opposite each other.

Of course as is always the case with these things…what’s in a word?

Other research shows that the experience in the brain when sexually climaxing is exactly the same as that experienced during a Heroin hit, suggesting that the dopamine reactions and ongoing felt compulsions to repeat the behaviors are very similar in both cases.

“I’m going to part ways with you on this one, though the addiction label is likely used in different ways by different people…perceiving my problem as an addiction was a very important step to it’s eventual solution.”

Obviously what we’re seeing here is once again a disagreement over the meaning and connotation of a word.

Which is why I’ve made my meaning explicit.

I take more of a behavioral approach when assessing the presence of sexual addiction (or any other addiction for that matter), while remaining informed of the brain science research going on.

Ultimately if a person cannot control his or her behavior in some way, and that behavior is not meeting a natural need of the person in question, then I consider the behavior to be an addiction.

Which is why I even consider the natural sex drive of most guys to be an addiction too. The lack of self control most guys demonstrate regarding their sexuality is indicative of the way nature has made them addicted to sexual release for purposes of propogating the race.

In saying this though, I’m not saying “There girls! You’re right! He shouldn’t want sex so much!”

If anything I’m telling you girls to understand that he’s not a creep or a bad guy just because sexual connection is so important to him.

Yes there are players and creeps out there but there are also lots and lots of good guys who have strong compulsive desires to experience sexual connection and release.

You should not shame them for this.

Both sexual fulfillment and emotional connection need to be present for romantic love to exist and thrive.

I do believe there are better and less good ways to explore this area of sexuality together and I do believe guys can learn sexual self control so that you both can experience a more fulfilling sexual union.

If you struggle with this whole area of sexual self control please reach out to me. I want to help. You can achieve control and feel good about your sexuality!

The Real Cure For Toxic Masculinity