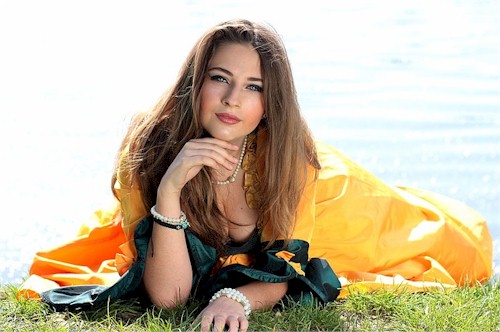 This entry is part 1 of 3 in the series Is It Time For Princess To Finance Her Own Glass Slippers?

When it comes to dating today it appears we’re in an interesting state of societal programming dyslexia. You see a long long time ago when men fought dragons and fair maidens pined for their love, it was understood that men were the providers and were expected to pay the bills.

This made perfect sense. After all those maidens stayed at home with the children and raised them while the knightly knight was out jousting, battling and otherwise demonstrating the value of his testosterone in the outside world.

But his home was his castle. When he returned from overcoming the challenges abroad it was his turn to be served. And his maiden never tired of doing so. He was her king and she was his queen.

Or so the story goes.

Nobody really questioned this arrangement nor should they have. It was a natural corrolary to the patriarchal societal realities of the times.

But teleport forward now to the 21st century, where feminism has made all its inroads into the cultural mileau, and many times women make as much or more than the suitors vying for their hands.

You would think the expectations would have changed right? Why would any girl in her right mind still expect a guy to pay her way on a date or otherwise treat her like a princess?

But actaully that’s not the case at all.

If anything many of you feminized felines have increased your sense of entitlement and even make it a policy to positively insist upon it, taking advantage of the guys who give you their attention.

All a guy has to do is peruse all the online profiles where you girls express your wish for a man who will “treat you like a lady” and where you hope “the age of chivalry” isn’t dead.

Now don’t get me wrong. I value the girls I date and enjoy treating them sometimes. But I enjoy being treated too.

In all my dating I’ve only ever had two girls offer to pay on a first date, one for herself and one for both of us! The latter even asked me “When’s the last time you had a girl offer to pay your way on a date?”

I had to admit I never had!

All the other girls simply assume I’m paying and don’t even make an effort to kick in when it’s time for the bill. Hey I might not let you pay if you offer, but it would sure be nice sometimes if you did!

But wait. It gets worse.

I was chatting with one girl recently who told me some of her friends were actually bragging to her about their provider piranha patterns.

When they are out with a guy they order as many drinks and expensive things off the menu as they can.

Apparently the point of a date is for a guy to bank roll your evening and give you a great entertainment alternative to a boring evening at home right?

If you guys are ever out on a date and you see this happening, you can really make things interesting if you mention to the waiter it will be a split bill!

When this girl told me all this here was my reply:

The whole guy/girl thing is in dire need of updating. Guys paying for everything made sense in the old “provider” days when women had no income.  And why do either of us need to spend a lot of money anyway just to get to know each other?

If I like you and you like me, we can find lots of free or inexpensive things to do so we can get to know each other.

Wow! I gotta get me one of these girls!

Are you a girl who is suffering from societal programming dyslexia?

Are you mixing up your centuries and failing to recognize you’re in the modern world now?

Do you love the rights feminism has brought you but fail to recognize its corresponding responsibilities?

It really is time to shed that societal baggage and face up to what your newly gained advantages entail.

Okay. Okay. I recognize some of this is also your out of date biological wiring.

The fact is no matter how feminist your theories, your biological wiring still says you need a man to protect and provide for you.

But I’m not sure you get it.

Because even if you make enough you could support both yourself and your guy, you still feel a need for him to be making enough to support you both.

This is all about your prewired need for security.

How do I know?

Because most guys wouldn’t even flinch if the roles were reversed.

We’d happily support you so you can stay at home and play. Because our wiring makes us natural providers too.

Feminism hasn’t changed any of this. But what it has changed is its appropriateness.

It’s time for you little princesses to grow up and recognize you don’t need a guy to protect you any more. Nor do you need a guy on a date to bank roll you.

If he wants to do that he can offer to. But assuming he’ll do so is no longer appropriate.

And definitely don’t assume you’re at liberties to cash in on his generosity as if its your entitlement!

So what do you think? Am I being too hard on you girls or is does what I’m saying here make sense?

How To Solve The Battle Of The Sexes (Part 2)

I Can’t Believe I Was Seduced By A Pickup Artist!