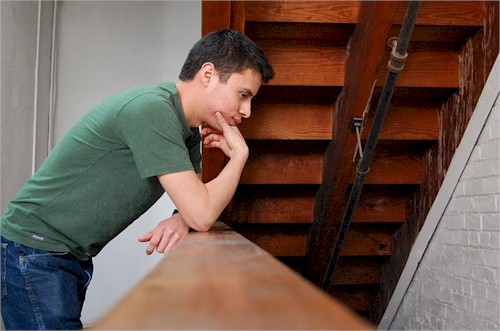 It is a well know fact that a lot of guys cheat.

As I recently pointed out, a lot of you girls do too.

But today I want to come at this thing from a whole different angle.

While it’s obvious when your partner has a fling with somebody else they’ve cheated, it’s not as obvious that this may mean YOU’VE already been cheating too.

What do I mean by that?

You’ve committed to be monogamous with each other right?

Because if you haven’t done that, there’s no way either of you could cheat.

So you’ve committed to be exclusive with each other.

But what does that really mean?

A monogamous commitment is a commitment of romantic exclusivity, which includes both sexual and emotional fidelity.

I suspect we’re on the same page so far.

But what you probably don’t realize?

It is not just a commitment that you will NOT be romantic with anybody else.

It is also a commitment that you WILL be romantic with the person who has committed to you.

Monogamous faithfulness is not just your partner’s promise that they won’t find satisfaction elsewhere. It includes their understanding you will make yourself available, so they can find that satisfaction with you.

Which means failing to be romantically available to your partner?

Either sexually or emotionally?

That is monogamous unfaithfulness too.

You are being unfaithful to your commitment.

You promised you will be available for your partner.

You promised this because they promised to forsake everyone else.

Infidelity is not JUST going astay. It is also FAILING TO MEET your partner’s sexual and emotional needs.

It talked about a guy who created a spreadsheet.

He was tracking all the times he asked his wife for sex.

He recorded every time she agreed to have sex with him.

And every time she refused.

When she wasn’t interested in sex he recorded the reason she gave him, so he could document what to him were all the LAME things she came up with.

If you’re a guy I don’t need to tell you!

The comments on this thread were very revealing.

As you’ll see if you check it out literally thousands of people chose to contribute.

If that’s what you call it.

It was completely amazing to me what the lion’s share of the girls thought.

They thought it was completely reasonable for his wife to refuse him sex.

The spreadsheet shows a common pattern of sex only happening once per month and I suspect that was tenuous as well.

In one way or another many of the girls asked the same question.

Why SHOULD his wife be available for “sex on demand?”

Why should ANYONE simply be “available for sex?”

Whether they want it on not?

Let’s see if we can answer that question.

Based on what I’ve just told you above?

Since he is monogamous with you, he has willingly cut himself off from any other sexual option.

He is being faithful in his promise to you.

Why are you failing to be faithful in your promise to him?

Of course I know why you’re not being faithful.

Because now that you’re monogamously living together, the deal doesn’t look as good as it did at first.

You feel justified in changing the terms you agreed to.

Because you feel like he has changed them too.

He promised to be emotionally connective with you.

He isn’t really doing that any more is he?

And I actually agree with you on this.

If your monogamous relationship is typical this is exactly where you’ll be at now.

He is just as unfaithful when he fails to connect with you EMOTIONALLY, as you are when you are unfaithful connecting with him SEXUALLY.

But that doesn’t mean you’re justified in pulling away sexually.

It means your relationship is not in a good place.

Instead of refusing sex?

You should be seeking to restore your relationship.

Help him understand for you to desire him the way he’s hoping?

Emotional connection is necessary for you.

But you also have to understand that as a girl your sexual arousal doesn’t work like his. You are NEVER going to be the EverReady Bunny you were when the two of you first got together.

That’s why I recommend you plan your times to be together.

As a girl your job is to recognize that your body takes time to warm up.

So you can’t just go with whether you’re “in the mood.”

He needs to recognize this too and take time with you.

But he can’t do that if you always turn him away.

You have to make yourself available to your guy so he can help you come to arousal. His job is to learn to make love so he learns how to draw this out of you each time.

But make no mistake.

Being faithful is not just avoiding romantic liaisons.

Being faithful is also making sure you’re romantic with your partner too.

If you’re not doing this then why are you together?

I would never remain in a relationship where my partner was uninterested in sexual union. I would never want her to remain if she felt I was not connecting emotionally as well.

Because you value each other.

If that connection is not there?

Your relationship is over.

No matter what “commitment” you’ve made.

What do you think girls (and guys)? Is it time you take your commitment to be faithful more seriously than you ever have before?

Your Intuitions About Love Are Completely Wrong

To Please An Addict