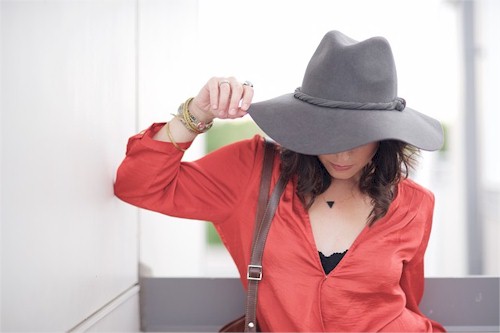 This entry is part 1 of 4 in the series Independent Woman Or Disney Fantasy 2.0?

I read this article the other day.

It talks about the type of girl you should be.

What does a good guy want from you more than anything else?

For you to be with an “independent woman” instead of an “emotional girl.”

Of course my insecurity warning bells always go off.

Whenever anybody is obsessed with contrasting the word “woman” with the word “girl” in this way.

What struck me so much in this particular piece?

It is just like when you are a Disney Fantasy girl who wants to be “swept of your feet.” Except now you want to be “respected and have your standards met” instead.

You’re no longer dreaming of a guy who will save you.

You’re dreaming of a guy who will recognize you can save yourself.

You are focused now on trying to convince yourself how truly worthwhile you are to be with.

It really amuses me how hard you girls try.

You insist you’re not insecure and needy anymore.

But what could be more needy than this?

Of course being needy and seeking validation from outside yourself is indeed a sign of unhealthy insecurity.

It really doesn’t matter whether you express your neediness by seeking attention for your dependence or seeking it for your independence instead.

Since when did it become a bad thing to want to make your guy feel important?

To let him know you rely on him?

That you’ll be loyal to your connection too?

I agree he shouldn’t want to control you but is there anything wrong with letting him take the lead?

I don’t think any guy should sneek around.

But being a cool girl about his attractions is definitely…cool.

Why does enjoying a girl’s emotions indicate low standards in HIM? If he wants to be with someone like himself, he’s already got that covered!

As far as not being able to “handle” a strong woman?

Most guys quite frankly just can’t be bothered.

Who wants to be with someone they have to “handle” at all?

Love should be easy and natural.

Not a whole lot of work.

And when did being “hard to get” become a premium feature?

Resting bitch face may make sense to you.

But most guys go for girls who express attraction for them instead!

Guys don’t go for emotional girls because these girls are insecure.

They go for them because emotional girls make them feel alive.

You see to most guys this whole “independent woman” thing? It just looks like a different version of the same high maintenance drama girl they’ve already decided to pass on.

Yes there IS a type of emotionality in a girl that translates into drama and high maintenance too.

But “I’m an independent woman and you need to deserve me?”

That is just another form of the same drama game you girls do so well.

If you’re not busy showing guys you CAN’T keep yourself together.

You’re busy trying to convince them that you CAN.

Want to know what a guy really wants from you if he’s going to give you his love? It’s for you to be completely comfortable in your own skin and simply love him.

You don’t feel any need to try to convince anyone it’s true.

You aren’t evaluating every guy you meet.

To see if he’s bringing enough to the plate to be WORTHY of you.

You are open to love where you find it.

THAT is attractive big time to a guy.

You should try it some time.

What do you think girls? Am I right that trying so hard to be an “independent woman” is really just Disney Fantasy 2.0?

What Nice Guys Can Learn From Bad Boys (Part 5)