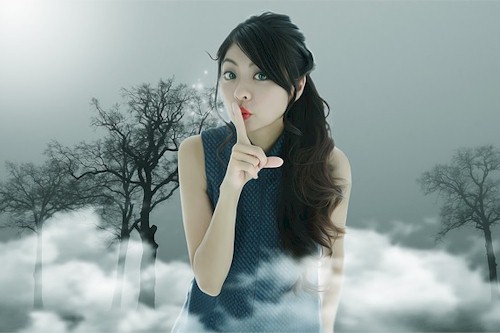 This entry is part 2 of 4 in the series Independent Woman Or Disney Fantasy 2.0?

If you read Part 1 you might be thinking I wasn’t kind.

I spent most of my time saying why emotional girls are cool.

I didn’t give you “independent women” a fair hearing.

Didn’t acknowledge all the reasons being with someone like you is cool too.

So to round this thing out I thought I’d take the time now to give you “independent women” an ear.

Let’s take a look at all the reasons the original article offers.

Why should guys give you “independent women” their hearts?

The first reason they should love your independence is because “you know what you want from a relationship.” And why is this something GUYS should desire? Because apparently you wanting something from THEM is cool.

That emotional girl, she just goes with the flow.

Doesn’t require anything at all.

You say this is because she’s afraid her guy will dump her if she says what she wants.

It couldn’t possibly be just because she’s chill?

Because every girl SHOULD want something FROM her guy apparently.

But with reason three you really start to get to the point. As an “independent woman” you communicate like an adult. What does this really mean? You indicate you want “commitment” from guys instead of waiting for them to “make the first move.”

Are you starting to feel the whole ME theme here?

Does “Independent woman” really just mean “woman with an agenda?”

It’s sure not sounding like it is about the GUY at all.

Being in a relationship with you seems to be so YOU can get what you want out of it.

The next point brings this out so clearly it’s almost painful.

The reason you take care of your body is ONLY because it is healthy for YOU. It’s not because you actually want to LOOK good. Heaven forbid you should want to look good for YOUR GUY because you love him either.

You should care about that TOO.

But you should definitely care to look good FOR your partner.

Another thing the author thinks is, apparently only “independent women” are good conversationalists as well.

That’s a new one I’ve never heard of before.

She also implies having emotions means you’re not really trustworthy. But then the author goes on to admit as an “independent woman” you will DUMP your guy if you don’t find him WORTHY.

At least he can trust you not to sneak around if you decide you don’t love him any more!

Next comes the true premium deal.

You will LET HIM spend time with his friends.

Of course he shouldn’t get too carried away you’re doing this for HIM either.

Turns out you actually need room to breath when he just gets too much for YOU!

In fairness the next feature is kind of nice. You won’t look at him as your walking wallet. Fancy gifts for birthday, holidays, and anniversaries and surprise flowers and chocolates are out.

He can finally breath a sigh of relief!

You can pay your own way now, thank you very much.

Not just sure what you’d say though, if he WANTED to give them to you!

After all, independence is the name of the game here.

He doesn’t want to get TOO romantic on you or you might just blow a fuse!

You will of course support his passions.

But that is primarily because YOU have passions too.

You sure won’t make yourself his “everything.”

Time will tell though just how much of yourself you’ll give.

Come to think of it, absolutely NOTHING you’ve said so far, has anything AT ALL to do with giving yourself.

It is all about what YOU GET.

That’s the only reason you’re still around.

THAT’s the real reason he should WANT to be with you?

Because you’ll get what YOU want if he does?

And not to disappoint on this endless ME centered theme, to finish things off apparently the number one plus of being with you? You are not only comfortable talking about the future, you will even come up with a 5 YEAR PLAN you expect him to comply with too!

That’s really what he’s been looking for in a girl.

Where have you been all of his life?

Before he even asks you what you have in mind.

You will tell him what YOU WANT completely.

Whether you want this relationship LONG TERM.

What city you want to be in NEXT YEAR.

And whether you want HIM to move in with YOU.

Well TOUGH LUCK on him.

You’re a woman on a mission.

Your train is moving on.

He either comes along for the ride or gets left in the dust.

What do you think guys? Are you watering at the mouth yet to get with this “independent woman?”

The Difference Between Love and Attraction

Why Doesn’t Anyone Find You Attractive?