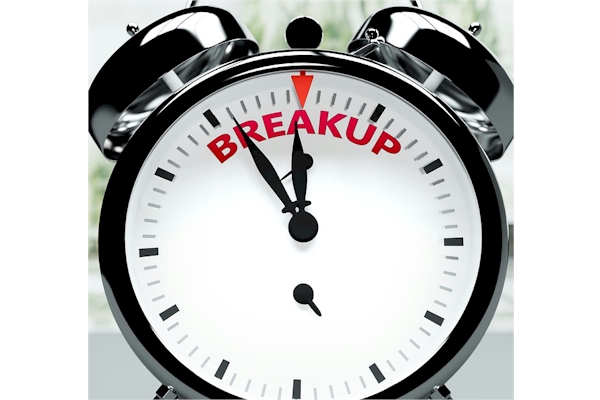 It was an up and down year that last year.

Specifically with myself and Cool Girl.

Because the “other woman” showed up.

I’m not talking about another girl, but what Cool Girl called her new Merina IUD. She got this for her birth control, sadly partially on my recommend.

I’d heard from girls it was really good.

Some said it totally eliminated their periods.

All the ups and downs were gone.

No monthly cycle in sight.

Cool Girl was never a girl whose monthly cycle I really noticed. That’s likely a major reason why she became known here as cool.

She had always been so even keel.

Well did that all change!

Once the “other woman” showed up.

About 6 months after she got that thing, it started to happen. Every 28 days for three straight months, she completely lost her stuff.

As Cool Girl put it?

I can definitely testify to that!

After half a year of this, Cool Girl pulled away completely. Well not completely, because she still wanted to be in our relationship. But I thought to myself, “I seem to be experiencing an un-breakup.”

Because after she wrote me that email?

The one saying it’s not fair to me she keeps coming and going?

Our relationship moved to only on WhatsApp.

No more in person get togethers at all.

It was another full seven weeks since Cool Girl and I had been in each other’s presence. I know she still thought we were in a relationship, because she expressed concerns about this.

Even when she wrote that email?

She was quintessential Cool Girl.

There she was thinking about ME.

But now she really wasn’t coming or going.

She just wanted to keep it at a distance for now.

So I was in this strange nebulous UN-BREAKUP, that I’ve told you I felt like I was experiencing. We hadn’t really broken up, but we were also not in physical touch at all.

Because I loved Cool Girl?

I decided to do whatever she was needing.

Not my first pick of course.

I just thought, “I guess we’ll see what happens down the road.”

Casanova stayed in correspondence for YEARS with his girls.

I decided I must be in good company!

How about you? Do you love your current partner enough to really love her, and if she needs real space like this would you be willing to give it to her?

Emotional Unavailability Is Not Just A Guy Thing