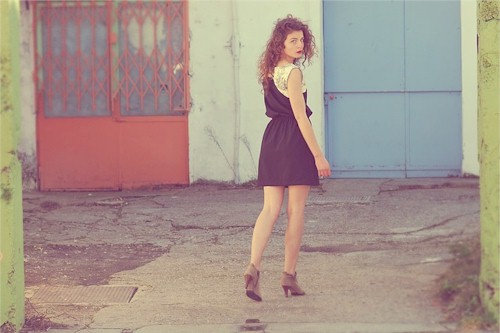 At least for those of us interested in the relationship space.

Which is pretty well ALL of us.

If you thought the battle of the sexes was bad before?

This thing is really just warming up.

Never one to operate in the intellectual realm of the subtle, I thought I would take this thing head on. I’m here today to defend the time honored practice of the “cat call.”

If you’ve been hiding in prudish Christian circles?

I’ll fill you in on the goods.

A “cat call” is when a girl is walking down the street.

And some guy calls out to her.

“Bring some of that over here!”

That sort of thing.

This is a sacred rite by which high testosterone males indicate their approval of the physical endowments of a member of the opposite sex.

I admit I’ve never participated in this ritual.

Growing up in evangelical Christian circles?

I thought acknowledging my attraction was a SIN.

(Read what I think about all this as a Christian now here .)

So I did everything else I could.

Oh, and I watched all the other guys get the girls too!

Of course my historical Christian prudishness puts me in very good state right now. I’m not likely to get in trouble with the thought police who are seeking to overrun our culture.

At least not for my behavior toward the opposite sex.

Maybe for the blog posts I write though eh?!

But flashback to the 50s or what?

To that cherished time.

When my Christian ilk HELD SWAY.

After the sexual revolution of the 60s though?

Who would have thought that feminists would be the next ones?

The ones ushering in the DARK AGES again?

But there’s one thing about this whole #metoo thing you girls don’t seem to recognize. Not ALL of your sisters want these sexually assertive behaviors put to rest.

Since I’ve done a lot of dating?

I’ve had the chance to “interview.”

I’ve talked to a whole lot of you girls.

You know what QUITE a few of you indicate?

It’s NICE when you feel those eyes on you.

One girl I dated told me she felt it distinctly when she drifted into her 40s. Suddenly guys weren’t cat calling her any more and she realized they had moved on.

It is actually a well known phenonmenon.

A lot of you girls who don’t like cat calling?

You only dislike it until it STOPS.

Then suddenly you realize it.

You no longer carry the SEXUAL CAPITAL you once did.

You begin to look back winsomely.

To when you were “disrespected” because you were HOT.

I’m not saying all of you prudish girls will come to this same conclusion. Your sexually repressed upbringing may put you well beyond the pale of appreciating the compliment a cat call TRULY is.

But that doesn’t mean you have the right to rob the girls who ENJOY it.

Prevent them from experiencing this excitement FOR THEMSELVES.

Yes you may need to “endure” some “undesired” attention.

But that’s called living in a FREE society.

And I’m sure EVEN YOU appreciate that!

What I’d really like to see though is everybody just start to loosen up. All this sexual OBSESSIVENESS is what creates Harvey Weinsteins in the first place.

When you don’t have a healthy relationship to your OWN sexuality?

That’s when sexual attention from guys?

It get’s you all uptight.

But really the problem is YOU.

You need to come to realize the reason these behaviors make you so uncomfortable? You’ve never come to be relaxed about your own sexuality at all.

I know this from experience.

From continuing to be a PRUDE.

I overcame it by acknowledging natural desires for what they are.

Something to be enjoyed.

Without obsessing over them.

Trying to pretend they just aren’t there.

The cat call may not be the HIGHEST form of dating technique.

But I’m sure it’s landed a girl for more than a guy or two.

A girl who understood and enjoyed the game.

I believe in her right to experience that thrill.

Without the rest of you shutting her down.

What do you think? Can you lighten up a bit and receive a compliment for what it IS?

So You’re A Sex Object. Get Over It!