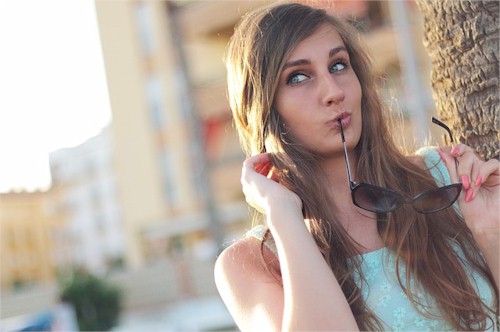 So I pushed Part 1 out there last weekend.

I got some immediate feedback.

It was from a girl who I really respect.

She had published a piece herself on the very same subject.

How she learned to enjoy cat calling for its “primal” intentions.

She gives this a more “archtypal” spin.

But even a few feminists (see here and here) enjoy cat calling too!

Some think the question is really more nuanced than most people think.

Though this girl who contacted me respected what I was trying to do, she wanted to give me some constructive feedback.

She felt my use of the term “girl” for “woman” was inappropriate in this context.

Of course I immediately shared with her my official “word” on that subject.

But one thing she said I thought I should comment on.

She said when “mature” guys do this sort of thing, it’s genuinely terrifying to the girl.

Now obviously here I agree with her.

But I was clearly not referencing MINORS in my post.

I was talking throughout about girls who enjoy being cat called.

And about their right to receive that if they want it.

Just for the record though let me express very clearly, I wasn’t advocating cat calling at all.

That piece was solely about the rights of the girls who ENJOY it.

I personally find males who cat call girls uncooth and would encourage you not to join them.

But I recognize there are a lot of things I don’t agree with that other people do.

I don’t believe your “distaste” or mine should dictate what they get to experience.

If someone on the street physically accosts you?

That is a completely different thing.

But there are already laws to address such acts.

Limiting what WORDS someone can speak to you?

Preventing them from even talking to you?

That is just going too far.

Humorously one of my commenters took “grave offense” about what I said and another told me I was a “big boy now” and I should know better.

But isn’t that the point of what I said all along?

You getting all OFFENDED is really completely the problem.

Because YOU are all grown up now?

Laugh the cat calling off!

The same way I laughed off all the offensive comments I received in response to that blog post.

Keep moving and get on with your day!

And let the girls who enjoy that experience have what THEY want.

Even if YOU think they shouldn’t want it.

Over and over on this blog I address guys for being too sexual.

I don’t recommend being “out for sex” at all.

I encourage guys to develop deeper emotional connection with you girls.

To work on their sexual self-control.

But one thing I never do is advocate shaming guys for being what they are as sexual beings. Instead what I always encourage you to do is CELEBRATE your guy, for what nature has wired him to be.

No, the cat callers aren’t the most tactful of sorts.

I see them as completely UNCALIBRATED.

But they are not being abusive in their expression of attraction.

Unless they pass beyond words.

They are actually complimenting you because they think you are hot. Take them where they are coming from and just learn to be thankful.

And recognize too that what YOU find offensive?

It just made somebody ELSE’S day!

And she has the right to enjoy that compliment!

Without your sensitivities getting in the way.

What do you think? Can you finally let go of getting offended so easily and recognize nobody’s doing you any harm by just telling you you’re sexy?

Do You Believe In This Girl’s Right To Be Cat Called?