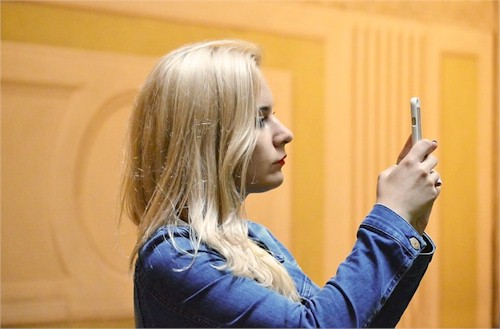 I was talking to a client this week.

He wants to get better meeting girls.

A while back I talked about 3 things you need to do to meet girls as an introvered guy.

Those things are really a must.

You gotta get out of your place where people are and you need to get used to being near them. And yes, at last, you even have to open your mouth to say “Hi.”

And obviously that last part is the kicker.

You really don’t want to show your hand.

What will she think?

What will she do?

Will you ever live down the embarrassment?

A lot of this fear is just your mind working overtime, making up a bunch of stuff that will just never happen. Girls are not beasts waiting to pounce you. (Hmmm… Oh never mind!)

In that last post I gave you a basic “opener.”

What you should say at the start.

But it is nice eventually to change it up a bit.

Get creative and have some fun.

So I thought what I would do here is share with you some samples of the kinds of things I’ve done to open conversations with girls.

Once you get the hang of it?

It’s really not that hard.

As you’ll see by some of the crazy things I do!

One time I was walking down the road and this girl was walking beside me Facebooking on her phone or texting or something like that.

I paced myself so I was walking right beside her.

Then I glanced over and this is what I said:

“Are you the girl who falls into the big hole in the sidewalk?”

You’ve heard about those stories right?

Well so had she.

She laughed and said, “Yeah I guess I am.”

Then we talked for a bit as we walked along.

As you can see all I did right there was observe something I found funny in the environment to comment on. Something I figured she’d find amusing too.

Humor is a great way to start a conversation.

It let’s her see that part of your personality.

It makes you attractive to her out of the gate.

It also starts the conversation with something light.

But what if you don’t find anything particularly funny to comment on? Maybe you’re just a boring guy who thinks life is too serious to make a joke about?

First thing I would say is, work on that!

But in the meantime there’s hope even for you.

Believe it or not?

The weather is forever your friend.

You just have to spin it right.

Play with it a bit.

That way you’re not just talking about the weather.

Several times now in the hot tub at the YMCA, I’ve started conversations with girls. My opener of choice? You guessed it! I talk about the weather!

Since they were threatening snow last year.

That’s what I focused on.

And no I don’t creep these girls out either.

Talking to someone clothed scantily at best?

It definitely calls for some calibration!

I normally take some time when I’ve come into the pool to just relax and turn inward. I ponder my day and just let it settle in.

Once I’ve done that and she’s chill I’m not pouncing?

I’ll look over at her briefly.

“So do you think we’re going to escape that white stuff much longer this year?”

If she responds with an opinion then I expand on that a bit.

In that case, I talked about how they were threatening snow again that year for Vancouver.

It’s easy from there to spin it, any number of ways.

“Do you live in Vancouver?”

Often she is from somewhere else originally, so I find out where and I tell her about my move from Alberta via the Okanagan.

The hot tub represents a definite challenge for getting a girl’s number, so you can follow up with her later. I don’t have my smart phone with me at the time!

What do you think I do?

The Korean girl’s name was easy to remember.

She said yes so I said, “How would I find you?”

She gave me her first and last name and that was it.

I sent her a friend request later which she readily accepted and I pitched a get together with her through Messenger.

The girl from Sweden had an easy first name.

So I asked her, “Are you easy to find on Facebook.”

She said, “Probably not” because she had a common first name.

So I talked with her some more.

Eventually she asked me what I do and became curious when I told her I do relationship consulting. She thought maybe she and her boyfriend could use help down the road.

She dropped the boyfriend in there.

They are so subtle!

Then I asked her, “Do you have a good memory?”

She hesitated and then said, “I think so.”

I told her to memorize MY name.

That way she could send ME a friend request if she wanted to.

Why would I still do that when she says she has a boyfriend?

Because I understand about monogamy.

Just because she’s with this guy right now?

That doesn’t mean it’s great with him or going to last!

Still waiting to see if that one comes through but as you can see, there are lots of creative ways to get through the “I can’t get her number” barrier.

Most girls will happily friend you.

Because it keeps you safely at arms length.

If you start to creep her out?

She can just unfriend you or block you and be done with you.

Of course you won’t creep her out because you are really a great guy and when she gets to know you she will be totally glad she did.

I’ll have lots of other blog posts like this.

I’ll share more examples of how I approach girls with you.

But I have to share just one more “hot tub” experience before I let you go.

I’m very proud of this one.

Because I put all the guys who were watching to shame.

There was this absolutely gorgeous Asian girl at the hot tub I sometimes frequent out in Delta. when I’m visiting a friend out there.

She was so cute I almost went right up to her to say “Hi.”

I could see all the other guys wishing that they could.

But I didn’t make my move.

Then I noticed her head for the steam room.

I knew she was the only girl in there are the time.

So I made my way into the steam room and saw that she was sitting all by herself on one wall of the room. About five guys were seated on the other wall.

I walked right in and sat beside her.

But again I didn’t creep her out.

I wasn’t sitting three inches from her.

Just close enough to talk to her.

After I had sat there relaxing for a few minutes I suddenly asked her, “So are you here representing the female of the species?”

She laughed and admitted she must be.

Then I asked her if she lived in Delta.

Whether she was born here.

Or whether she came over from somewhere else.

It turned out we had Calgary in common.

It really was a very pleasant chat.

I didn’t seek her Facebook contact info because she was surrounded by all those guys. That just wouldn’t have been appropriate.

So I just got to enjoy her for those few moments.

Have that pleasant conversation.

The other thing I enjoyed though too?

All those guys watching me do what they wished they could!

Go play with it and have some fun!

What about you? Would you like to start having all those guys watching jealously as you do what they wish they could do too?

How To Turn A #metoo Girl Into A Me Too! Girl