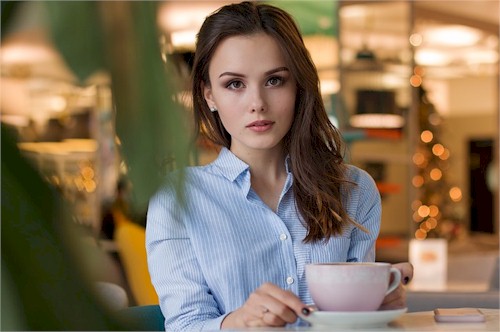 Because this really is an ongoing fun thing.

I do it all the time in my life.

Not because I’m crazy TRYING.

I have no need to get with girls every day.

When I’m in a relationship I tend to be primarily focused there but I still like to keep myself open to meeting someone new also.

There are a couple different approaches I did recently.

I present them for your learning pleasure!

As well as being fun?

I hope they also stretch your cerebrals!

This approach I remember with complete fondness because I didn’t realize just how good it was. That is until I shared it with some friends of mine who teach a seduction WORKSHOP.

In my innocence I just didn’t know.

It’s supposed to be hard to “open” waitresses.

Makes sense when you think about it though.

Those girls get hit on all the time.

My awareness of this fact became my demise.

This one happened out in Delta again at the pub my buddy and I tend to frequent there. Especially when the UFC fights are on.

No fights this night.

We were just having drinks.

But we had an extra cute waitress.

And something was up with me that night.

Not that you perv!

I don’t normally become massively attracted to girls but this night was definitely a Kel exception. I thought she was hot and I determined in my mind I had to try to connect with her if I could.

I noticed a tattoo that said Felix.

So I asked her who Felix was.

Turns out he is ONE of her cats.

But a cute one so I figured I was safe.

At least to have a try for her!

I told her I once lived with four cats myself and that each of them had a different temperament. One was a driver. One was expressive. The other two were bitchy and laid back.

She laughed and moved on.

Served her other tables.

But my eagerness to open her was growing.

I couldn’t quite figure out how to do it at first.

So the evening moved along.

Finally it was time for her to bring the bill so I knew I was arriving at that “now or never” state. As she took my card to process my order the flash of brilliance finally arrived.

I said to her, “So we’ve established we both like cats.”

“Are you going to give me your number so we can find out what else we have in common?”

She looked a bit startled.

Stepped back for minute.

And was clearly contemplating saying yes.

That was the critical moment when I made my fatal mistake as my friends at the seduction workshop later informed me.

What they told me was I should have kept my mouth shut.

Instead I let her off the hook completely.

That relieved her tension.

She said, “Yeah. We don’t normally give our numbers out at work.”

I had blown it!

I walked away with nothing even though she was contemplating making an exception. She definitely looked like she was thinking about whether to give me her number that night.

So did I get all depressed?

Go hide my tail and run?

I was stoked that I had made the ATTEMPT anyway.

I had pushed myself to do what I wanted.

And I got really close didn’t I?

I was even more encouraged when I shared my story the next week at the seduction workshop. My friends who run it were actually amazed at what I had done.

“Waitresses are the hardest,” they said

“You did amazing to get THAT far.”

“It could have been different for sure!”

Let me tell you another take away I was able to draw from my experience with this attractive waitress.. It told me she was interested and that I was attractive to her too.

It meant my confidence excited her.

But that just isn’t true.

The way you learn this?

You go for it!

Give her the chance to respond to you!

What do you think? Would you like to bumble your way into doing something that is supposed to be hard to do too?

“No Means No” Just Ask Any Salesperson

The Pain Then Is Part Of The Happiness Now. That’s The Deal

What If Her Overweight Body Disgusts You?