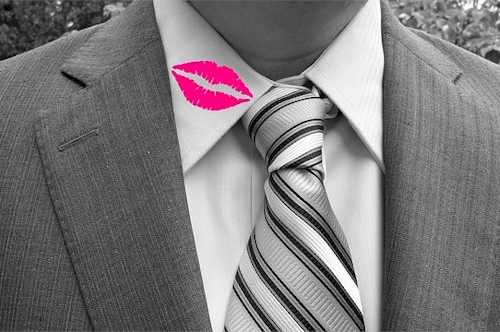 Okay before you run off in disgust that I would even offer to help with this, please hear me out.

I’m not quite the devil you think I am.

I know I’ll raise a few eyebrows with this one.

Especially since I make no secrets about my evangelical Christian leanings.

But despite all that, I don’t think it is as straight-forward as you think, that you should never date or have a relationship with someone who’s married.

Of course this may stem from the fact I have a bit of history on this one.

For you less timid types who are prepared to go on, let me share my thoughts with you.

The first thing I would say is if your basic instincts tell you this is just plain wrong, don’t do it.

It is never a good idea doing anything your conscience or your better judgment tells you is a no go.

And I really want to emphasize that one word “safely.”

A very high rate of homocides are credited to acts of passion and jealousy.

If you choose to have a relationship with a married person, you risk the wrath of their other half, and even if they don’t get homocidal on you, quite frankly you don’t need the drama.

I also want to say that I’m not an advocate of cheating on your partner.

If you’re unhappy in a relationship, you need to square with your partner and seek to get things reconciled.

Ideally if you can’t reconnect you should move on.

That’s really the best way to deal with this kind of situation.

So if this is how I think you should deal with your own relationships, why would I encourage you to have a relationship with anybody else’s partner?

Aren’t you just abetting them to do what I’ve just told you not to do yourself?

Well many times things are less than ideal.

And that’s where the nuances begin to intrude on all our nice, easy arguments.

Let me tell you something that might shock you.

I believe that my long term partner should have left me very early on in our relationship.

The longer she stayed though, the harder it became to leave, both economically and with the potential impact on our kids.

Because of these extenuating circumstances, I would very much understand now if she had had an affair back then.

Because I never met her emotional needs for closeness and connection and touch.

I never loved her as she deserved.

Not because I didn’t care, unlike a lot of avoidant types.

I just couldn’t find my feelings for her once they left me.

But that doesn’t change the objective fact that I left her in an emotional desert.

She never signed up for that.

And even though I would have been hurt and definitely would not have understood back then, with what I know now I can say with genuine sincerity she should have found love somehow.

So I do believe there can be times when you simply cannot leave the situation you’re in, but your needs are never going to be met by your existing partner.

I don’t believe it is wrong to do something about that.

At those times you may be faced with the choice to simply live in complete romantic emptiness, or find it with someone else.

Someone who will be there for you as your partner should be being there…but isn’t.

Either because they won’t.

Or because they can’t.

And it was a married girl in a situation just like this, with whom I had my first relationship of this type.

It was never going to be a permanent anything.

She wanted monogamy but that just isn’t where I’m coming from anymore, and she was fully aware of this.

But we cared about each other and both had a desire for intimacy at a time in our lives when we needed it and were willing to share it together.

So we began our romance.

“Kel are you out of you mind? Think of the risk you took! What if her husband found out?”

Remember what I said about “safely?”

This was a very unique situation.

She was already on a trajectory of divorce with her husband though still living with him.

Extenuating circumstances prevented finalizing that at the time.

But for all intents and purposes things were over, and they both knew that.

She was free to live as she wanted.

I also was separated and moving on. I lived on my own already.

As a Christian I believe you should honor your marital commitments.

I never began dating or sleeping with anyone else, until I was legally separated from my long term partner.

But I do believe that physical divorce is always preceeded by emotional divorce.

And when a relationship is over, no legal or religious trappings we’ve wrapped around it matter.

Sadly my long term partner lived in a perpetual state of emotional divorce with me.

She just didn’t do anything to finalize it legally.

In the case of this girl I’ve mentioned, I felt comfortable proceeding with our relationship because I knew she and her husband were already emotionally divorced and both knew that. I had little concerns her husband would become a problem.

Could he have still?

But you know what? A spouse that is going to be a problem can be one even after a legal divorce.

You cannot guarantee what anyone will do.

So you have to be discerning. Listen to the situation and decide the implications.

So you have to read between the lines too.

How did things turn out in my case?

We had a wonderful romantic friendship that lasted a few months and then she moved on when she found someone willing to give her a monogamous commitment.

I would love to still be enjoying our relationship now, but that’s how things go sometimes.

I have zero regrets for the times we spent together.

They were some of the most meaningful times of my life.

I still love her and hope she is experiencing every happiness.

Well what do you think? Do you think you could safely have a relationship with a married person, if you found a connection and the circumstances were right?

How To Make Sure He Never Cheats