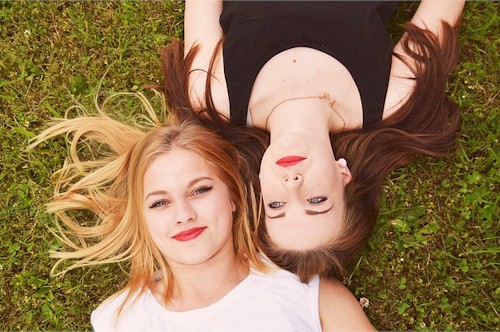 You know what they say?

Two is lucky but three’s a charm!

So it’s only appropriate I take this series for one more spin.

First though an update from Part 2.

What happened with those two girls?

The first one decided I wasn’t worth acknowledging and never replied to my “Good luck with your search.” The second girl was game for a meetup and we tried a few times but each attempt just didn’t materialize.

One thing I don’t do is beat a dead horse.

If connecting just doesn’t work out I drop it.

The last thing I want to appear like to a girl is an eager puppy dog.

Begging for her time.

It’s a pity these dynamics are what they are.

I would much rather not play these games.

But I know until a girl gets to know you a bit?

She can easily write you off.

So when I’m telling you that you can meet two girls in 20 minutes I’m not promising it will always turn into an in person meetup.

I’m just trying to show you that you can meets girls.

Okay so what happened for Part 3 here?

This one I’m cheating just a little.

One of these two girls I met at a previous meetup.

I got her number then and began to connect.

Because I liked her a lot though I sent her to my blog immediately.

I usually want the whole polyamory thing up front.

If she can’t stomach that then I’m spinning my wheels.

When I met her again at this latest meetup I was finally able to chat with her to see how she felt about it. When I messaged her after that first meetup she seemed to pull back after initial interest in me.

She confirmed with me now that she did pull back.

She read my blog and felt “unaligned” with what I’d written.

She apologized now though and we had a great chat.

She even expressed more curiosity on how my love life “works.”

Couldn’t visualize being with more than one guy.

I assured her I’ve had relationships with girls who choose to be monogamous with me while I’m polyamorous myself.

As per my style I also pointed out how so many people miss out on love.

Because it doesn’t come in perfect monogamous form?

They choose to pass all together instead.

I told her about another girl with whom I really connected.

She really connected with me too.

But she saw herself as a monogamy girl.

For two full years she and I could have been enjoying love.

She chose nobody instead of it!

All because polyamory was her “deal breaker.”

This girl I was speaking with now seemed curious again and admitted at first what I’d written seemed foreign. Now she was curious and a bit fascinated about how this whole thing might play out.

No idea where things will go from there.

I just left it with her to let me know.

I told her I find her adorable.

That I’d really love to explore a connection with her.

She understood too that I’m not into collecting partners.

I’m just all about being open to love.

I told her I’m perfectly happy to take things slow.

I really only chatted with her very briefly.

She asked a few questions and the meetup ended.

But I really got the sense from her she was attracted to me.

She kept glancing over at me again and again.

Even when the other people had gone and left?

She remained and sort of hung with me for a couple more minutes.

So true to my original form that I told you in Part 1 I checked the meetup system to see if I could message her. I didn’t do this before the meetup this time because this girl literally RSVPd last minute that day.

Turns out though her meetup account allowed me to message her.

So I sent her a invitation to connect.

I told her it was nice to meet her.

That we should go for a seawall walk sometime.

What a major pickup move!

I must have been sweating bricks.

As before I don’t know where either of these connections will go.

There are plenty of meetups to come!

So what do you think guys? Is it really that hard for you to visualize meeting two girls in 20 minutes?

Your Problem Is You Suffer From Red Green Color Blindness