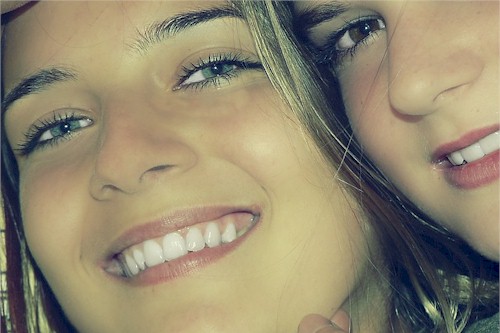 I’ve had one previous installment of this blog post series.

I told you then about a meetup I went to.

How I met a girl before the movie.

And another one after that.

I messaged both of them through the Meetup messaging system.

Pitching for a get together.

By way of update it turned out I got together with one of those two girls. So it was a 50% return on investment. Not bad for just 20 minutes effort!

The girl I got together with is a very special girl.

So I enjoyed our conversation.

She was even in the process of starting a new relationship.

With a polyamorous guy of all things!

I was pretty impressed with what she told me.

He was willing to take things slow with her and answer all her questions. He just really made her feel comfortable.

He moved at whatever pace she needed

With that budding relationship in the wind?

I didn’t pursue her further.

We’ve stayed in touch as friends.

I figure one new poly relationship at a time was likely all that she could handle!

As you know, I’m a patient guy!

Because I know you introverted guys? You probably think that one was just a fluke. “So you went to one meetup Kel, and met two girls in 20 minutes. It’s not like that will happen again!”

You know your self talk?

That’s something you really need to work on.

Those limiting beliefs will get you nowhere!

But I’m the kind of guy who likes to provide you with evidence.

So I’m here to share my latest 20 minute adventure.

It happened at a meetup.

I keep telling you introverted guys the Meetup.com system really is a gold mine. You can meet girls in a very nonchalant way, where you don’t have to be so extroverted and up front to begin with.

This meetup was purely conversational.

They get together once per month.

In true introverted fashion though when the time came to go?

My cocooning urges fired on all cylinders!

Fortunately the discussion topic of that evening’s get together was “Dating and Solitude.” As you might suspect I have a few things to say about that topic, so I figured I better get myself out there.

Just like you will be too if you will just get yourself out that door!

Work on it Mr Introvert!

It is going to pay off!

There was one particular girl who I wanted to meet that night.

I had seen her picture on the attendance list.

Of course as I told you last time?

Before I went I checked if she was messageable through the Meetup system.

As fortune would also have it, when I got there she was already seated at one of the tables. Thankfully the director of the meetup told me to sit there too.

So for the whole evening I was involved with her and four other people.

I chatted with her a bit before the discussion began.

Logging a bit of my 20 minutes in.

When we started having the dating discussion though, I became immediately amused.

This girl shared her dating experience.

How she goes about what she does.

I found myself in definite disagreement.

But I tend not to pounce when this happens.

Instead I just offered my unique alternative approach.

Then watched her stare in disbelief at what I said.

I know, you want to know what she said and what I said in return. I’m not going to tell you that because it isn’t central to my point right now.

Maybe another time if the mood overtakes me!

The point is I got to meet the girl.

But you’re probably thinking, “Kel that’s only one girl. Where did the other one come in?”

When the main event ended, a few of us hung out and talked some more.

When that happened a girl from one of the other tables came over and joined us.

So I got to interact with her too.

Logging in the rest of my 20 minutes.

She was really nice.

Just the way I love them!

Amusingly though, when I said something to her I thought she looked OFFENDED. So I shifted into CAREFUL mode and the evening played out from there.

No I’m not going to tell you what I said to her either!

A cruel guy I am!

As I reflected on the evening though?

I really found myself intrigued further by both of these two girls.

I decided to message them without any stated “romantic intentions,” which is consistent with my approach as you know.

“Hope you find success in your quest!”

Not sure what response if any that will bring.

Since I didn’t feel aligned with her initially it may just end with that.

On the other hand I’m always open.

I know you can’t really know a person in 20 minutes or less.

That’s why I seek to establish the chance to spend more time with a girl.

The sweet girl I got a bit more specific with, indicating I felt bad I might have offended her.

I told her that definitely wasn’t my intention.

Turns out she thought she offended me!

So I was glad I cleared the air with her.

As I often say, “Communication is a wonderful thing.”

“We all should try it more often!”

From there we started chatting, first about the meetup system.

And other ways of meeting people too.

I’m currently in the middle of that correspondence now.

I don’t know where it will go either.

Per my usual approach online though?

After a couple back and forths I pitched for a get together.

We’ll see where that goes.

My point guys with this blog post is, this is not a “one off” experience for me. I’ve done this many times now with very little effort.

There is absolutely no reason you can’t do this too!

Or become all “alpha” to pull off connecting either.

You are an introverted guy.

Work with who you are.

You can find ways to meet girls that will work for you.

What do you think? Did I just get lucky twice now, or am I onto something here that you can duplicate in your own life?

The Battle Between Biology And Love (Part 3)