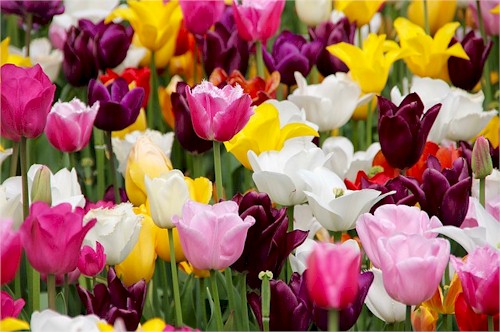 At least for me.

No I don’t wait until springtime to break up with my partners.

I actually don’t normally break up with girls, because once I come to love a girl, I don’t seem to ever really lose my affection for her.

I want her in my life indefinitely.

That’s a big part of why I consider myself polyamorous.

Sure my emotions for any girl can go up and down.

But that’s how love is and why we all have to work at keeping our feelings alive and flourishing.

There is no automatic pilot when it comes to love.

But for whatever reason, springtime seems to be the time the girls I’ve dated so far pick, to do the dastardly deed.

I don’t think breaking up with me is a dastardly deed.

If a girl decides for her own reasons that she no longer wants to be with me, I want her to feel free to go ahead and move on.

What I’ve struggled with is how the girls who broke up with me went about it.

Alas that is not something I’m in control of.

But the more interesting question to me is if there is a pattern to this breakup phenomenon.

As I’ve said springtime seems to be mine.

Is there something about who I am or what I’m doing that’s bringing about this pattern?

After the second of my three breakups, I spoke with a counselor friend of mine and she asked me an interesting question.

“What is there about the energy you’re putting out, that is attracting partners to you who ultimately leave you?”

Definitely made me pause and think.

And she emphasized she didn’t mean it was all about me.

Obviously these girls had their own issues they are dealing with that led to them breaking up, instead of sticking around and working through things in the relationship.

But what is it about me that is drawing to myself girls who embody this pattern?

As I look at the breakups I’ve experienced, I do see a possible pattern, and sadly it is not an unfamiliar one.

I have said that historically I was a love avoidant.

By the time I left my long term relationship, I had overcome the second fear, confirming this now by several experiences of true emotional connection in relationships.

But when my first love after my long term relationship left me, I recognized I still had the unconscious fear of being alone.

When I began chasing her, trying to get her back, I realized the deep rooted fear of abandonment that still remained within me.

For the rest of that year I moved very consciously to a new level of being comfortable being on my own.

With this newfound security, the following springtime I became very enamored with another girl, only to have her cut our budding relationship short, despite the obvious attraction we both shared for each other.

It took quite a bit to overcome my loss in that case, but once I’d cleared the emotional withdrawal, I returned immediately to a happy equilibrium that showed me my fear of being alone was definitely in recession.

Yet the “leave me” relationship pattern obviously remained.

Another relationship began at that time and turned into a very nice, easy romantic friendship that lasted an entire year.

So what’s the deal?

There is a common denominator in all three of the girls who have broken up with me. They all display emotional insecurity patterns I’ve come to recognize as love addictive tendencies.

This suggests that while I seem to have healed myself in many ways regarding my love avoidance, I’m still naturally attracted to girls who put out this love addictive energy.

And they are attracted to me too.

But I also see a positive trajectory in my path.

With each progressive relationship, the girls I’ve dated have had less and less of that energy, and more and more the energy of personal secure attachment.

Attachment security always exists on a continuum, and you do at times shift back and forth on it a bit.

But your ultimate goal should be to enter a state of true emotional security, where you no longer attach to someone because you need them, but instead because you want them. You value them.

The insecurities present in my last relationship were the lowest I’ve seen yet.

It suggests I am beginning to desire connection with more secure girls, instead of being allured by the insecure needy energy I’ve historically been drawn to.

And that’s what you need to do too.

You need to work on yourself to gradually come to the place where you are okay being alone with just you. Then you’ll be truly able to share yourself with your partners.

You will no longer attract partners who ultimately leave you.

Instead you will attract partners who can truly share themselves with you.

If you don’t grow in this direction, you will continue to make sure your partners keep leaving you.

Because like you, they will be unable to be with you just because they want to be.

They will continue to need to be with you, to sooth their insecurities. When someone is looking to you to fix their emotional problems, eventually they will leave because you can’t.

Struggling in this area?

Do your partners always leave you eventually?

It doesn’t have to be this way. You can change this pattern by changing yourself.

And I can help you!

Hit me up and lets talk about it!

What do you think? Is it time to change your relationship life for the better?

What’s In A Word?

You Don’t Need A Master Plan