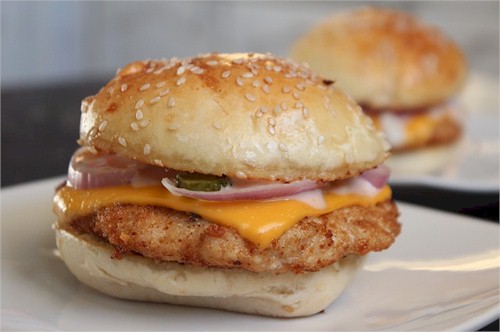 According to Anna Maria Jorgensen, your guy has every right to complain if you packed on a few too many pounds last holiday season.

But she quickly follows by telling you that you have just as much right to complain, if his wallet has been loosing pounds lately too.

She sees these two areas to be equivalent, when it comes to what makes for male and female attraction.

It’s no mystery that a guy is visual and at a baseline level will be attracted to you, largely because of your physical appearance.

If he doesn’t think you’re cute and he isn’t stimulated by your looks, it’s unlikely he’ll be into you or even ask you out.

Things don’t change when he’s in a relationship with you either.

It will continue to matter to him that you don’t change for the worse. (He won’t mind if you change things for the better of course!)

Anna thinks this is all good.

She doesn’t see this as anything to judge guys for.

But she points out that you girls have attraction requirements too.

You’re all about safety and security, and in the modern world that translates into cash.

Watch out if your guy looses his job, or decides he’d rather be in business for himself.

Then you’re going cease to be in his camp as well.

Again Anna thinks this is all good.

This is how attraction works whether you or I like it or not.

Where Anna thinks the problem arises, is when you try to “change the deal” you offered your partner in the first place.

Were you a slim little chicky when he met you?

Then he has every right to complain, if you slack off on staying trim.

Did you have a certain financial status when she met you?

A change in that is cause for renegotiation.

You both have every right to complain, if things change for the worse.

But as she also points out, the WE LOVE BIG WOMEN Facebook page is evidence lots of guys are into overweight girls too.

So if you’d rather not worry about your weight gain anymore, it really is no big deal (pun intended?).

No you shouldn’t complain if your current partner calls it a day.

And of course if you want to keep this partner, she advises you to get back on track. But other than that, becoming overweight is otherwise quite okay.

And that, dear readers, is how you justify being overweight!

At least if you’re a girl…

She doesn’t have as good news for you guys though.

There don’t seem to be any equivalent Facebook pages, of women saying how they can’t wait to get with guys who are broke.

So I’m afraid you boys are on the hook to get your financial act together.

At least that’s how it seems on the surface here.

But stay tuned for my next installment.

I’ll show you why this seemingly flawless piece of logic, really doesn’t carry the weight(!) Anna has burdened it with!

What do you think so far girls? Does this make you feel better about those worrisome extra assets?

Chemistry Is For The Lab Not For Your Love Life