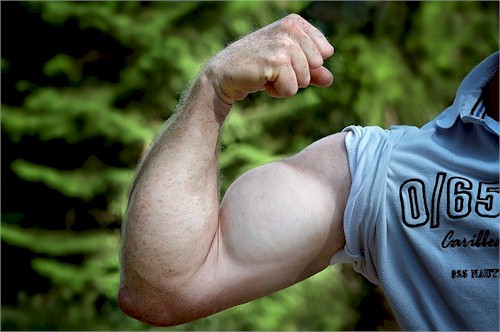 I can imagine what my pick up artist friends are thinking right now.

This has got to be the most beta, pussy, wimpy blog post a guy could ever write.

An admission of total failure.

I’ve handed over the keys to the kingdom and am lining up to take my orders from a girl.

Obviously I need to grow a pair and find my masculinity!

How could I want girls to ask me out?

Have I no pride?

Do you see the underlying assumption going on here? That somehow it is demeaning for you to enjoy the expressed attention of a girl?

That wanting to have a girl express her interest in you and ask you out, makes you less of a man?

Well I’ve got news for you boys.

I don’t evaluate my masculinity by what any girl does or does not do in reference to me.

Whether or not I’m showing up as a “real man” is not a function of what anybody else does.

It’s a matter of what’s inside me.

And quite frankly, I’m not concerned at all whether anybody else thinks I’m manly enough.

Not even you “manly” boys.

I actually find it pretty funny. You guys who think you have to “show up” as a man are really just seeking your validation outside yourselves.

Which is what you always claim girls do.

Is there a message hiding in there somewhere?

If you’re one of those guys who thinks there’s something unmanly about wanting a girl to ask you out, feel free to pass on this one.

I wouldn’t want to add to your insecurity.

But for the rest of you, let me share some fun facts about dating that might surprise you. Because asking girls out is not the only way to date.

You can actually have them ask you out too.

How do you do this?

By showing up as someone sensitive and caring who they would really want to get to know.

That’s advice they are often given when they’re wanting to be asked out too.

They are told to show their interest and availability to be asked out, so you’ll get up the nerve to do that.

But this can work in reverse as well.

I mentioned in a previous blog post how I met my long term partner at a Bible study.

I told you how she and I weren’t particularly taken with each other at the time, but I didn’t tell you how we finally got together.

We both participated in the church youth group, so often we encountered each other.

At one event people were talking about an upcoming relationship retreat and trying to figure out rides.

I owned a little Pontiac Fiero at the time and I over heard this girl talking about all the luggage she wanted to bring.

I made a cheeky comment that I doubted that would fit in my car.

She immediately responded “Why are you offering me a ride?”

I replied, “Why are you asking for one?”

One thing led to another and I ended up her taxi to the retreat and we fell in love that weekend!

So tell me, who asked who?

It was pretty obvious to me she was “asking me out,” in the sense of inviting herself along for a ride.

Okay it wasn’t a date, but the way everything went that weekend, can you tell me she wasn’t already interested and made moves to make it happen?

I also mentioned in that previous blog post, about another girl who was a fellow classmate in a CELTA course I was taking.

We joked around immediately and as things progressed she became more and more obviously interested in me.

She did most of the legwork, so I would say she asked me out there too.

In neither of these cases did I explicitly pursue these girls.

And made it obvious they were doing so.

But they weren’t pursuing me because they found me unmanly.

It was precisely because of who I was and how I showed up, that both these girls became attracted to me and made moves to make sure they could be with me.

Yes I did assist them along the way.

But in neither case did I explicitly try to start anything.

I just went with the flow, responded to the interest they showed me, and the relationships grew from there.

They were expressing clear attraction and asking me to respond to it.

And the second girl told me it was my sensitivity that made her want to be with me, not because I was coming off as some “manly man.”

This is an important key for you introverted guys to get. Your biggest weapon is who you really are.

All you need to do is get out there where good girls can find you.

When they see your high qualities as a loving, caring, sensitive guy, they will be attracted to you big time.

Then all you’ll need to do is pick up the offerings.

Now let me finish with one clarifying point.

I’m not telling you to just rest on your laurels and wait for girls to ask you out.

Being proactive is always a good thing when you’re interested in someone.

What I am saying though is that you will encounter girls who make it very clear to you they are into you.

When they do, don’t get all up in your masculine anxiety and think that means you can’t respond because if you do you’re not a “real man.”

You’re a man because of who you are on the inside, not because of how anyone interacts with you.

Just be you and watch what happens!

So what do you say? Is it time to let some girls ask you out for a change?

Why You’ll Never Find The Guy Of Your Dreams