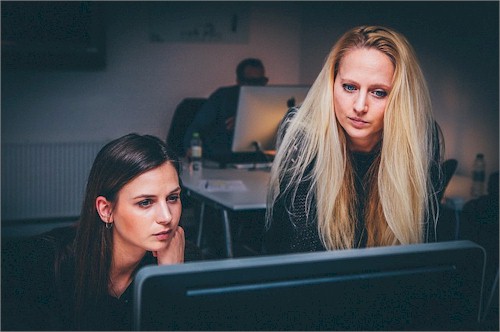 This one is for all you girls out there who have the sense that something is wrong but can’t quite put your finger on it.

What’s wrong is that feminism has robbed you of your femininity.

The implication is you need to fight back and become genuiniely feminine again. If you don’t you will remain frustrated and unfulfilled.

Because of the culture we live in you probably do not like what I’m telling you.

I’m not here to make friends.

I’m here to share what I see and hope that what I’ve got to say resonates with you. Or at least that it gets you thinking.

Change takes time and I don’t expect you to change your paradigms over night.

I’ve been planning on writing this post for a long time. Because everywhere I turn this theme keeps staring me in the face.

To show you what I mean let me share with you how many experiences I’ve had in the past few months that carry this common thread.

The first experience was when I went on a date with a wonderful girl who shared with me how she had worked in the corporate world for so many years that she hardly knew how to function in her feminine energy now.

The business world is the world of masculinity and for her to survive and thrive in it means leading and directing. As she describes it she was raised by a “bra burning feminist mother” who never taught her what it meant to be feminine.

She is seeking in her relationship life to be able to leave that masculine energy behind and let her guy truly lead her in that context now.

Ouch! Not a popular theme among feminists!

The funny thing is when I told her for our second date that she should pick the venue and I would come her way, she reacted very negatively saying she was shocked after all we’d talked about on our first date that I would expect her to “plan my date for me.”

I was a bit startled by this response.

All I was doing was trying to be kind and give her the opportunity to contribute what she would enjoy doing.

Instead of dictating it all myself I was trying to make things so I wasn’t just expecting her to come my way every time we met.

What she didn’t seem to understand is I was still leading. I was telling her I would like her to have some input.

I had a similar interaction with a Slavic girl I met through the international dating site Elena’s Models. This girl was from Belarus and was visiting the Vancouver area. If you know anything about Slavic women you know that they want strong men who lead in a relationship. And this girl definitely indicated the same.

But when I probed her and asked her if she could really allow a man to lead, her response was that she could provided she was convinced he was capable.

But she also said she would have to continue to monitor the relationship to ensure this was so ongoing.

In other words, just like the first girl I mentioned who couldn’t really let a man lead her unless he did it they way she thought he should, this girl was also still trying to be the one leading while convincing herself she was being led.

The recent ManTalks event titled What Women Want showed the same thing too. This was a great event where three wonderful girls who I respect very much shared their visions of what they want from a relationship.

As is typical of these types of events it could have been more accurately titled What These 3 Individual Women Want.

I hope I don’t have to tell you there is no standard wants for all girls or all guys right?

But I did take away one thing from this event that was common across each of these girls’ stories.

After the event I was speaking with one of the audience members and he asked me what I thought.

Here is what I told him:

The main thing I heard all night was that in their own unique ways each of these girls is trying to recover from what feminism has done to her.

They each expressed their struggles with being strong women and how this interferes with truly enjoying their relationships.

Because they can’t really let men be men in their lives.

They can’t easily just fall back into their feminine energy but they really wish they could.

Now in fairness to the girls I need to say something to you guys too.

Because part of why it is so hard for the girls to let go of control is because you guys have been harmed by feminism too.

You struggle with what it means to be masculine or even with the desire to be so in its more traditional sense.

You have been taught by feminism to not assert yourself.

When I asked that girl for her contributions to the second date, can I really say there wasn’t a part of me that resents this pressure to lead all the time?

Girls seem to think they’re the only ones who would like to just relax and have somebody else take care of it. Part of me wants that too!

So you see girls, just as you have trouble letting go of control, we guys have trouble taking control too. At least a lot of us guys who aren’t narcissistic control freaks. The Nice Guy phenomenon is very much the fruit of feminism in our culture too.

So how do you escape what feminism has done to you?

The first step is to become aware. Recognize the patterns in your life that aren’t working for you.

This has nothing to do with equality.

All of those things are wonderful goals feminism brought to the foreground. I’m not saying we should lose any of that.

But guys and girls are not the same.

You respond to different things from each other.

You need to have compassion for each other. You’re all trying to figure this thing out.

Instead of telling guys they should “grow a pair,” you girls need to recognize guys have been conditioned to respect you and defer to you for so long now, it is really is hard for them to fight the societal programming to recover assertiveness while maintaining the respect you deserve.

But you guys need to understand what girls need from you too.

You need to gradually work on “manning up” without losing the kindness and charm that will make you a safe partner to be with.

I know it’s a tall order and life is asking a lot of both of you.

Hopefully you girls will start to respect how difficult this can be when a guy has been raised in a culture that naturally softens his edge everywhere he turns.

Hopefully you guys will understand how important it is that you show up for a girl as someone who makes her feel safe.

Let me know what you think.

Do you think you can escape from what feminism has done to you?