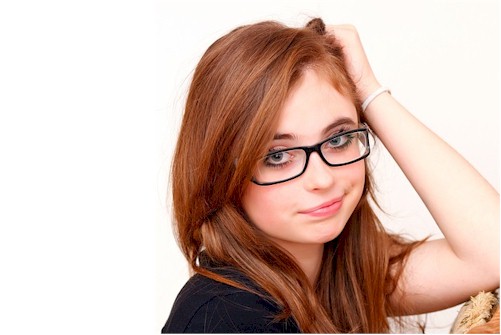 “He’s always looking at other girls!”

“Why am I not enough for him? Is there something wrong with me?”

In one way or another this is a common cry I hear from a lot of you girls.

You’re looking for a guy who will commit to you and “forsake all others.” But what you find over and over again is he lets you down.

Sometimes it is literal unfaithfulness, where he goes and has an affair behind your back.

Other times it takes the form of the vitual world of porn…or online social media flirting.

There’s gotta be something wrong with him that he can’t just be satisfied with you right?

There is actually something wrong with you. This is your issue, not his.

You asked above if there is something wrong with you that makes him look at other girls. Are you unnattractive? Is that why he looks? Of course not! Think about it.

Why do you like spinach salad but sometimes go for a steak?

Or some other kind of food item instead?

Is there something wrong with the salad?

Does your going for the steak mean you don’t love salad too?

They are completely different than each other.

Variety is the spice of life.

They are different experiences and that’s why you love them both.

That’s how guys are with girls.

We love you for your differences.

Just because a guy loves you as a blonde caucasian girl, doesn’t mean he can’t find that raven haired Asian girl attractive too.

Just because he loves your personality, doesn’t mean her personality won’t strike a chord with him as well.

So what he’s doing is completely normal.

He’s simply responding to what he finds attractive.

The reason all this extracurricular activity on his part bothers you is because you are insecure.

You are not complete in yourself.

You are looking outside yourself for validation.

And no I’m not saying it is right of him to have an affair when he has committed to monogamy with you.

But there is a reason the words monogamy and monotony sound so similar.

Irrespective of how unnatural monogamy is though, if he has committed to monogamy with you, he definitely should be living up to his commitment.

To do otherwise is completely unacceptable.

But your reaction to his actions is still your issue if what you’re reacting to is not his dishonesty but his interest in other girls.

His interest in other girls is completely natural and it will never change, no matter what kind of monogamous commitment he makes.

Most guys are naturally sexually addicted.

Nature made us this way.

We are always going to notice attractive females.

We are always going to be interested in them.

Want to know the best way to drive him into another girl’s arms? Try to make him never notice or think of other girls.

You’ll virtually guarantee he’ll go somewhere else if you become his thought police. His desire police.

Want to know how to deepen his love so he’ll always be true?

Quit shaming him for being a guy.

Point out girls to him you think he’ll find attractive.

Be that cool girl who instead of shaming him, takes pleasure in sharing his joy.

Let him be a guy.

Celebrate him and let him know how much you love him.

Quit clinging to him and driving him away.

Get a handle on your own insecurities and quit being so fragile.

Give him his space and watch him bring you into his space.

Am I right guys?