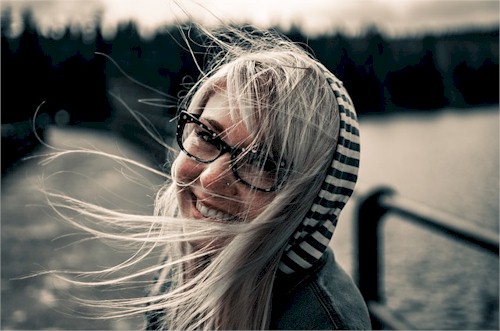 It’s been a rough few days.

As you know a couple days back?

Cool Girl broke up with me (Again!).

I’ve gone through all the normal stages of grief.

Although I’m happy for her?

I still have emotions to work through.

As I’m doing that I wanted to write this post as a tribute to Cool Girl. She has truly been the coolest girl in my life so far.

I don’t know if she knows just how much she’s meant to me.

I’ve never been with a girl less uptight.

So chill about things you girls usually get worked up over.

So affirming of my sexuality and my quirks.

She actually loved how analytical I am.

Other people seem to always think that’s a fault.

But none of that is why I love her like I do. All those things are just the ways she showed me she loved me. What I loved about her is all the things that made her special in herself.

The day that we met the first thing I noticed?

She is just a sweet, delightful girl.

A pleasure to be around.

I also noticed her clever mind.

She puts out little quips and is very quick witted.

Needless to say that gets me every time!

When we first met I sent her a Facebook request that she accepted the next day and before I knew it? She had read all the blog posts I had written so far on my blog.

That was only five posts at that time!

But as you know the first three were real doozies.

What Is Romantic Love?

Could Romantic Love Be Your Purpose?

Are You Sure You’re Not Polyamorous?

Most girls would have written me off right then.

She once told me she was my biggest blog groupie.

Because it helped her understand who I am.

That first year as our relationship grew and grew, she read everything I ever wrote. We would talk about you girls and the silly things you do and about how different we approached our love together.

On our very first “date?”

I ordered something with onions.

I told her, “It’s a good thing we won’t be kissing tonight.”

She told me later what went through her head?

“Oh. I guess we won’t be kissing tonight.”

Most of you girls would have been done with me then.

Saw me as not “man enough” or not “romantic potential.”

Part of why I didn’t want to get physical too soon is I was in strong attraction right then with a totally different girl. Cool Girl knew this but that didn’t dissuade or make her worry she would end up in the friend zone.

When that strong attraction girl broke things off?

Cool Girl was there to comfort and console me.

The night I told her how that relationship went?

It was obvious it just made her love me more.

We were standing at the Skytrain station at Metrotown.

She positioned herself extremely close to me.

I found it odd after just pining over this other girl to her.

But I felt it.

Her desire to be close to me.

It took me a full 10 weeks to get past the breakup withdrawal from the strong attraction dopamine addiction this other girl had caused me.

Cool Girl just patiently hung out with me.

Stayed there and just let me be me.

She started to wrap herself around my heart.

Started to show me just how cool a girl she really is.

During this non-physical time together our emotional connection grew. This is something you should try sometime because it really bonds the two of you together.

Don’t complicate your connection by getting sexual right away.

Don’t do any of that stuff.

Just delve deeper and deeper into each other’s person.

At this time our massive volume of texting began as we messaged each other virtually every day. This became the keystone to our connection with each other during the times she and I were apart.

Little did I know?

Regular messaging with this girl?

It became such a big part of me.

Creates such a lack in me now that it’s over.

In these messaging sessions her incredible wit showed up.

I was endlessly amazed and amused by her.

She would remember things from weeks past.

Suddenly they would reappear in a humorous turn of phrase.

Cool Girl is an ISFJ if you know anything about Myers-Briggs personality typing. According to that system Cool Girl’s ISFJ and my INTJ are not a natural match.

There were definitely times where her S would show.

When my N jokes would go flying right by her.

Or I would appreciate something humorous she said.

But she would still explain it as if an INTJ needed her to!

She was so constantly cute that one of my nicknames for her was “Cutie.”

She also became my “little duck.”

Because she always wants her ducks in a row.

Of course her practical analytical mind?

It would get the best of her sometimes when she’d worry.

But she would always balance that with an incredible enthusiastic optimism. One that my intense realism would frequently push back against.

She would never let me discourage her though.

She would always just keep believing.

Keep encouraging and cheering me on.

She believed it was just a matter of time.

A huge following for my blog was just around the corner.

All of my books were bound to become Amazon best sellers.

Of course eventually we started making love too and that has been some of the most tender experiences of my lifetime. Whenever we got together we would always connect on every level that a loving couple does.

There are things of course of a more intimate depth.

But there were so many ways that she entrusted herself to me.

Let me get closer than anyone had.

I was honored to be such an intimate part of her life.

To share things with her she’d shared with no one else before me.

I could go on and on about how much I love this girl but I’m sure you’re getting the point by now. Though she finally came to believe it was time to move on she will be forever a precious part of my life.

So I just want to say, “Thank you Cool Girl.”

“For two wonderful years of sharing yourself with me completely.”

“I will miss you Cutie and I will never forget, all the meaningful things you’ve added to my life.”

“I hope you find happiness wherever you go.”

“That’s all that I ever wanted for you.”

“I love you Cool Girl. I always will”

How about you? Is there a cool girl or great guy in your life that it’s time for you to acknowledge completely?

The Real Secret To Relationship Security

How Long Have You Been Together?

Enjoy Love Without Losing Your Independence