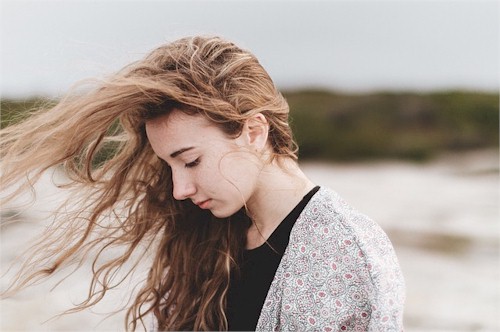 So a little while ago?

She said to me, “What would happen if I met someone else?”

She and I have known each other for a couple years now.

About a year into our relationship she broke it off.

I wrote at that time that I thought it was because Cool Girl had decided she resented being in a relationship with a guy who is polyamorous.

Why did I think that?

Because she’d hinted at wanting monogamy.

That she could possibly see herself marrying one day.

We finally had our talk about the break up.

It turned out it wasn’t that at all.

I had said some things that hurt her.

She needed to sort through how she was feeling.

Once we sorted things out Cool Girl and I picked up where we had left off before. We starting seeing each other again on average once per week and even did a fun trip to Vegas together late last year.

As I’ve said our relationship life is anything but typical.

In keeping with that atypicality?

“What would happen if I met someone else?”

You may recall I had another situation.

A girl I dated about 3 months met somebody else too.

She just broke it off by text abruptly.

When Cool Girl asked me this question I took the time to really talk with her and discuss it. One of the most important things you can do in your relationship life is keep communicating about everything.

I told her, “If that day comes I hope we’ll just talk like adults.”

“You’ll let me know how you’re feeling at that time.”

“If you want to continue with me polyamorously?”

“Of course I’d love that because I value you in my life.”

“But the probability you’ll meet a guy who is okay with that?”

“So I expect at that time we’ll just shift to being friends.”

Well as you might suspect, that is exactly what happened today. Cool Girl told me she’s met somebody else. She doesn’t really want to have more than one guy in her life. (Ah monogamy!) So it’s time for us once again to move on.

I wish I could say she just sat down and talked.

The way I told her I hoped she would with me.

But she’s a pretty sensitive soul.

She has trouble facing those difficult discussions.

I just started sort of getting a sense.

As an INTJ I have strong intuition.

So what I did is what most of us guys always have to do in relationships. I took the initiative to broach the “hard” discussion myself.

I guess Cool Girl was worried I’d try to convince her to stay.

When she said that I asked, “Why do you think I would try to do that?”

“I already told you if that point came that would be fine.”

This is how a breakup should be.

And because Cool Girl and I were not monogamous and didn’t get our lives all tied up in each other? We can simply part ways and carry on as friends.

No collateral damage in sight.

Except of course for my inherent sadness.

We’ve enjoyed a lot of special romantic times together.

Just as the last time Cool Girl broke up with me though?

I’ve told her again that I’m not closing any doors with her.

If things change for her again and she wants to pick things up where we left it off I would totally be okay with it.

Beyond that I told her I hope it goes well.

That I’m excited for her in this new adventure!

As I hope you can see too?

Being with me never turned her into a yes girl.

Cool Girl has her own thoughts about what she wants in her life. She doesn’t just follow my advice like a zombie.

But I daresay irrespective?

Whether she and I ever get together again romantically?

She will never forget this time in her life!

Hopefully I’ve been a loving partner.

I know she’s been a very loving partner to me.

So how do you feel about this whole romantic friendship thing now? Wouldn’t you like to be able to begin and part as friends like this also?

Imagine What Would Happen!

You Should Never Move In With Your Lover

Yeah Sex Is Cool But…