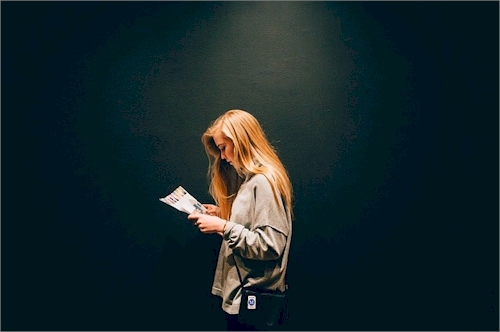 This has turned into quite the unintended blog post mini-series!

I first told you that you could become the coolest girl in your guy’s life, by letting go of your insecurities and embracing his real nature.

Then I gave you a real life example of putting this into action, by introducing you to Cool Girl, one of my romantic friends.

I shared how she is so secure in her own skin, she sent me pictures of a cute friend of hers she thought I’d enjoy seeing!

Ever the authentic relationship blogger, in Part 3 I told you I found out all was not completely well in paradise after all. Cool Girl broke up with me.

As far as I could tell, it was because she became insecure about other girls in my life.

Because she wanted monogamy.

Well…it’s time to bring you up to date on that story.

Because the story is not quite what I told you.

Not because I was lying to you, though I know that’s what you girls really want from us guys!

I just didn’t have the right information. Because when Cool Girl broke up with me, she didn’t give me an exit interview.

I finally got that exit interview last night.

Yep…more than a month later!

Why did it take so long?

Because it took Cool Girl that long to finally decide maybe we had something good going on after all.

She was confused about her feelings.

But now she was ready to talk.

Honestly its actually a bit confusing to both of us what exactly happened a month ago.

Cool Girl even said she questioned to herself at that time.

Was she was just going all PMS on us?

Did I just say that?

Cool Girl was the one making that assessment!

In fact very early on in our relationship, she told me she thinks you girls should all go and hide yourselves during that week of the month, and not subject your guys to all your craziness!

Not very David Deida of me.

But I’ve already told you what I think of his ideas.

I don’t know if Cool Girl’s reactions that weekend were PMS induced or not.

She has never been a crazy PMS girl.

And I certainly don’t want to “blame” anything on Cool Girl here anyway.

Irrespective of the overall causes, things I said and did that weekend were insensitive and hurt her. I take total responsibility for that.

What I can tell you though is Cool Girl is still cool!

She hasn’t gone all monogamy crazy on me after all.

And she never intended to just leave without talking.

I just beat her to the punch on that.

She still thinks what we have?

As confusing and unconventional as it is?

That doesn’t mean Cool Girl and I know quite where this is going in the future yet.

You know how a burp in the system can cause those weird double texts?

The ones you get on your phone sometimes?

Well Cool Girl and I have experienced a definite burp in our relationship.

It made me think of something a Ukrainian Facebook sweetheart of mine said once. She said, “You have to conquer his or her heart, at sunrise and at sunset.”

In other words, you should always restart your relationship!

Never take it for granted.

Never assume it will never end.

So maybe Cool Girl and I haven’t really experienced a system burp after all.

We’re a bit clearer now on what is always needed.

What you have to do to keep your love alive.

It’s all good. Communication is happening. We will figure it out as we go.

Just thought I’d bring you up to speed.

Let you know where things are at right now.

How about you? Is it time you gave your relationship a restart as well?

You Don’t Really Have Relationship Problems

Are You Sure He’s Not Ready For Love?