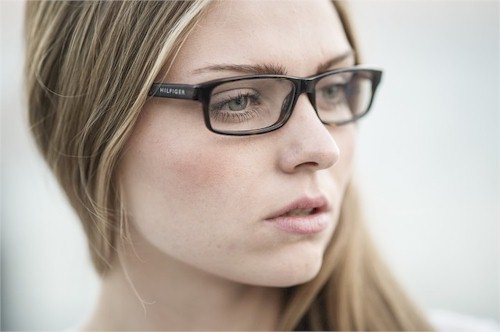 In previous installments of this blog post mini series, I shared with you how I think you should be with your guy.

In Part 1 I said that there really isn’t anything wrong with you or your guy, just because he notices other girls.

He’s going to do that.

It doesn’t mean he doesn’t love you or that you aren’t special to him. It’s insecurity that’s making you feel that way.

In Part 2 I shared a real life experience where one of my romantic friends, who I called Cool Girl, demonstrated exactly what I’m talking about.

Cool Girl shared with me pictures of a cute friend of hers who thinks I’m “hot,” because she thought I would enjoy seeing them.

I emphasized in that second installment how really secure Cool Girl is, that she feels comfortable sharing this way with me.

I said she is a living example of exactly what I was talking about in Part 1.

Well I’m sorry to report that apparently all was not completely well in paradise after all. A few weeks after she shared with me like that, Cool Girl broke up with me.

So apparently she was not quite as secure about everything as I thought she was.

Which is really too bad.

Because not only was this one year long relationship completely drama free, it was also one of the best relationships I’ve ever had in my life.

I wrote about how nice and easy it really was.

And this was not just my opinion.

When I asked Cool Girl if I could publish that first post about our relationship, she told me when she read it that it made her smile.

So I wasn’t just imagining things when I said we both thought our relationship was that good.

Naturally those who disagree with how I advocate approaching your love life here, will assume what I’m sharing with you now, shows how misguided I am in the advice I’m giving you.

But that’s not the case at all.

In fact, our breakup actually illustrates the very things I’m always talking about.

While Cool Girl’s focus was on our relationship and not anything else, things were going great.

It was only when her focus began to shift to something other than our actual connection, that she began to have problems with it.

Right up to the breakup, there was zero indication anything was wrong.

With the exception of one clear tell tale experience several months prior.

We were sitting in Boston Pizza after taking in a movie together.

Suddenly she said to me, “You know. I think I actually could see myself getting married one day!”

I didn’t say anything at the time but this was definitely quite a surprise to me.

She began her relationship with me precisely because she knew I wasn’t “out for sex,” and don’t advocate marriage or monogamy.

When we met she never wanted to get married and liked the idea of just being romantic friends.

My guess is she experienced a relationship with me for a year, that was really great and drama free.

A relationship that was so good, it started to seem to her like maybe monogamy could work out after all.

She ‘fell in love” with me.

And started wanting to have me all to herself.

And so her emotions began to make her disbelieve everything I write about on this blog.

She stopped realizing the reason our relationship worked so well, was precisely because we didn’t approach it the way most people do.

Instead of being okay with me being non-monogamous, she started not wanting to hear about any of the other girls in my life.

When we first got together, she and I would enjoy talking about “the girls” and all their drama.

But things shifted for her as she fell deeper in love.

At least that’s my take.

The monogamy urge is a strong one, both biologically and as it gets reinforced by society. Nothing I’m sharing on this blog denies that. What I’m advocating is you be smarter than your DNA and societal programming.

I’m not saying you can ever escape their influence though.

When Cool Girl shared those pictures of her cute friend with me, it was just pretend.

It wasn’t about a real live girl I was seeing in my life.

Hearing about those actual girls had slowly become a problem to her. In other words, she had stopped being so cool about it, and joined the ranks of her insecure sisters instead.

Because she was “in love.”

When we were parting ways she said “You can be as non-monogamous as you want. I just don’t want to hear about it.”

Which is odd, because I actually never do consciously talk with any of my romantic friends about my love life with other partners.

Not because I think it would be wrong to do so.

As I’ve said, I believe you girls should be secure enough that your guy doesn’t have to lie to you about his interests in other girls.

I don’t talk about my broader relationship life with any girl I’m with, primarily because when I’m with a romantic partner, my focus is on her and the connection we’re sharing.

To this day I don’t know what I said to trigger her impression I did otherwise.

Cool Girl was so special to me, I just enjoyed sharing my life with her.

Maybe I slipped up.

I likely said something about some other girl that triggered this insecurity in her.

What’s odd is, I hardly even dated at all while Cool Girl and I were seeing each other. So I know it couldn’t have been anything very overt.

Like I said, after the breakup I didn’t have opportunity to seek clarification on this.

So sadly that one must remain a mystery to ponder.

I do know that she thought she would probably lose me anyway, so she decided to leave before that happened.

Again because I wouldn’t be monogamous with her.

Which is really sad.

She was fast becoming more and more a girl I wanted in my life long term. Precisely because she did indeed appear to be that cool girl I described in my previous blog posts.

My desire to have her in my life increased, the more she showed me she didn’t need to own me.

I’m telling you girls, the less clingy and more secure you are at being that cool girl in his life, the more he will want you in his life.

But Cool Girl couldn’t ultimately handle the fact she wouldn’t ever be “the one.”

Every relationship has its emotional ups and downs.

And I believe you need to ultimately do what your heart tells you to do too.

I told Cool Girl as she was leaving, “I don’t want you with me if you don’t want to be with me.”

She had decided that was now the case.

So I bid her well and told her if things changed she should let me know.

I definitely wasn’t breaking up with her. I just don’t break up with anyone.

I’ll finish now with a tribute to Cool Girl.

The week after Cool Girl broke up with me, one of my Facebook friends published a post encouraging people to “post about someone you adore and why you love them so much.”

“Because this is a fresh breakup I’m not including her name here but I want to say our relationship has been one of the most special I have had in my life. I’m so grateful for the past year together!”

And I really am.

I’m sad Cool Girl felt she needed to move on.

My door remains open but I wish her well and hope she finds her heart’s desire.

So there you have it. Do you think I’m crazy to still believe those cool girls really exist?

You Should Never Give Anything To Your Partner

Would You Take A Dollar For Your Pair O’ Dimes?