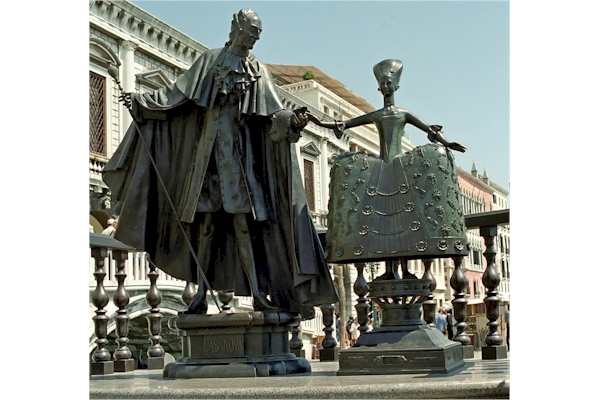 A lot of you guys study GAME.

Hoping to learn how to seduce girls.

You read the likes of Neil Strauss and Mystery.

Mystery insisted he was a modern Casanova.

Of course you introverted guys?

What you’ve convinced yourselves so far?

You could never reach that calibre.

It takes everything you’ve got just to SPEAK to a girl.

Let alone have her eating out of your hand like Casanova did.

But you’ve got this whole thing completely wrong. The pickup artists have absolutely nothing over on you. In fact what you really need to come to see is those Bad Boys lack everything you bring to the table.

That guy got “laid” by so many girls?

How can you say I have a better chance than the Bad Boys do?

Better chance than a pick up artist of approaching Casanova’s stature?

The reason I can say this is because of what Casanova himself actually did as recorded in the introduction to his memoirs.

I was surprised when I saw it myself.

But there it was in black and white.

What did he do?

He actually LOVED the girls he “got with.”

“And how do you know THAT one?”

It will probably surprise you to hear this but Casanova maintained an extensive correspondence. He wrote letters ongoing to many of the girls he had made love to and he did this over DECADES actually.

Any pickup artists you know who would do that?

I didn’t think so!

Those guys just want to get a notch in their belt.

Then they move on to the NEXT girl.

“Loving” and leaving the last one.

Casanova was a true lover. In the modern vernacular he was a Nice Guy. Yes he had learned to express his desire but he truly sought the pleasure of the girls he encountered in his life too.

He loved to LOVE them.

He took pleasure in giving THEM pleasure.

You have to know what he gave was the real deal.

Why else would all these girls continue to write him also?

So the next time somebody says to you that you could never be like Casanova? Just laugh and tell them they don’t know what they are talking about!

Not only CAN you.

You just have to realize what your secret weapon is.

That weapon is actually being YOURSELF.

The Nice Guy that you are.

That is your capacity to be a true lover!

So what do you think? Am I trying to put one over on you or could it be you just don’t quite know what you’ve got going for you?

How Do You Get Your Flirt On?

Here Is Why You Find Your Lover Attractive