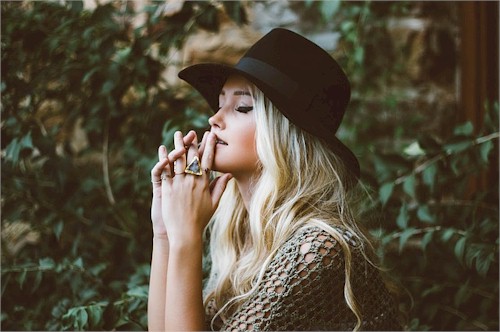 Cool Girl and I were out for dinner last Friday night.

Hitting one of our favorite spots.

Not some high end place with roast duck and wine.

We keep getting lured back to Red Robin by their loyalty program!

Cool Girl is a girl after my own heart.

You can’t go wrong with a girl who has coupons!

As per usual while we were sitting eating? Cool Girl was scoping out the restaurant. Checking if there were any attractive girls I just might like to see.

Whether the girl could dance in a Vegas strip show like Fantasy.

There was a table to my right.

I glanced briefly but wasn’t quite taken.

As we were leaving the place Cool Girl admitted.

None of them would quite make the cut at the Luxor.

We hopped onto the 6 to head back to my place and we couldn’t both sit so I took my stand beside her in the aisle.

It was Friday night.

The aisle was quite full.

I noted a cute Asian girl off to my left.

It’s not my style to approach girls while I am.

I suspect Cool Girl would be cool with that too.

But even I have my limits of decorum!

Little did I know though when we turned our way up Davie just what was about to come next. I was about to have one of the more unique bus rides I have ever had in my life.

Eventually the person seated next to Cool Girl left.

I sat down in the aisle seat beside her.

Shortly after I did the bus stopped at a stop.

A group of late 20 somethings waited to get on board.

I noticed a very hot looking blonde standing among them.

My biology cried, “Wow! Would I like to meet her!”

When they all got on board they filled the whole aisle and it was quite evident they all had been drinking. This was at about 9 pm so they were off to their next stop on Granville now.

Space was quite tight.

One of the guys spent most of his time leaning into me.

I whispered to her, “At least it would be better if it was one of the girls.”

A couple minutes later the guy leaning finally notice what was up.

He apologized and pulled back.

I laughed and told him what I’d said to Cool Girl.

It would be better if it was one of the cute ones instead.

Then this guy acknowledged what I said and proceeded to rectify the situation. He called over to the cute blonde I’d noted before.

He explained my need.

Said she’d be happy to meet it.

She moved into position.

Then this guy opened her coat and cupped her right breast briefly through her top.

He aimed it toward me.

I thanked them both politely.

Then I proceeded to chat with this cute blonde and ask her about herself. Haha. I know what you’re thinking. This Kel guy takes this “get to know girls first” thing quite seriously!

Turns out she’s from Russia.

I asked her, “Are you an original?”

Finally Canada had come to its senses apparently.

Once again it’s not my style to go for a girl while I’m out with a girl who I’m loving.

So I had to leave that experience as one of the “ones that got away.” I just enjoyed her willingness to share her assets ever so briefly.

As I reflected on this whole situation though.

I contemplated its meaning.

I finally realized what you New Age girls keep telling me is true.

This law of attraction stuff really DOES work.

How foolish of me to ever have doubted.

I put my intentions out to the universe, “Wow! Would I like to meet her!” “At least it would be better if it was one of the cute girls leaning into me instead.”

Before you know it?

Her breast was being offered to me.

And I get to chat with an interesting girl.

One I would never have met any other way.

As Cool Girl said to me, “If we hadn’t taken longer at the restaurant, you would never have had this experience at all!”

Of course the whole #metoo thing flashed in my mind too.

Would this cute blonde be writing up this guy ten years from now?

Forgetting she was drunk?

That she’d made that choice freely?

Played along happily only regretting it later when she changed her mind?

But as Cool Girl also pointed out?

So maybe the whole breast thing will turn out quite kosher after all.

What about you guys? What adventures did you get up to when you were out on the town last Friday night that led to your spiritual enlightenment?

The Best Time To Leave Your Relationship Is Now