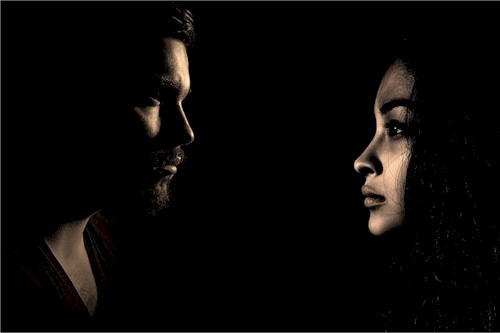 This entry is part 2 of 4 in the series Her Relationship Status Doesn’t Matter Tell Her How You Feel!

I realized I’ve LIVED by this pattern a lot.

When I was in my 20s I actually started SEEING a girl.

Her BOYFRIEND was away at school.

It’s CRAZY when I think of it.

How she spent SO MUCH time with me.

And really didn’t GET it.

Listen girls. If a guy is interested in spending a whole LOT of time with you? He is not just interested in being FRIENDS. Got it?

The FUNNY thing was?

The more time I SPENT?

The more IN LOVE I became with her.

So much so that I wrote a whole ALBUM of songs.

The title track was even her NAME.

Did I KNOW she had a boyfriend?

You BET I did!

That didn’t mean a THING to me.

My mindset back then was until there is a CONTRACT in place, everybody is fair game for you to TRY to win their heart.

Finally at her BIRTHDAY?

When I bought her that ANGORA sweater?

She decided something must be UP!

She asked me DIRECTLY.

I CONFIRMED it was true.

She hugged me and per USUAL that was that.

Do you think I regret in anyway letting her know just how I FELT? Do you think I believed I was a TERRIBLE guy trying to “break up” their relationship?

If you CAN break a couple up?

They SHOULDN’T be together to start with.

The goal isn’t to break ANYBODY up.

The goal is to make sure she (or he) KNOWS how you feel.

Did my activities RESULT in their breakup?

In fact the EXACT OPPOSITE was actually the case.

This girl should have THANKED me because she had long been wishing her boyfriend would COMMIT to marrying her so they could be together “forever.”

When he caught WIND?

Realized I was on the HUNT?

He got off the pot and proposed to her PROMPTLY!

I even got INVITED to their wedding!

I met him and we CIVILY interacted.

But remember what I said about MONOGAMY in the previous post? How it usually works for 6 months to 3 years if you’re LUCKY?

I don’t know how long they ACTUALLY lasted.

Once there are kids people stay together ANYWAY.

I just know that ULTIMATELY they didn’t make it.

Sadly I didn’t HEAR from her eventually either.

But my main point REMAINS.

If you put yourself OUT THERE.

You NEVER KNOW what life will bring you.

I still enjoy LISTENING to that album of songs I wrote for her. It is some of the best music I’ve written in my life. Those songs definitely captured how I FELT at the time in my own little NRE bubble.

So once again I SAY to you.

They really deserve to KNOW.

You really deserve to HAVE them know.

Come on be honest! There is somebody special that you really wish you could get up the nerve to tell them you feel this way, am I right?