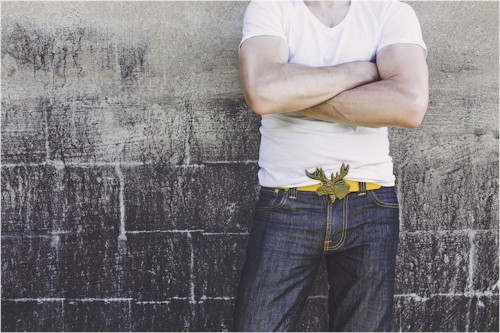 Have you ever hated sex?

I don’t mean just found it annoying. I mean really really hated it?

So much that you just can’t bring yourself to do it? You wish it would go away? Wish it didn’t even exist?

If tomorrow there was no such thing as sex you’d be the happiest person in the world?

I lived most of my long term relationship feeling this way.

I was a sexual avoider.

On my wedding night when it came time to have sex I couldn’t. I freaked out. We had to stop. It was then my new wife knew she had a problem on her hands.

As the early years of our marriage dragged on she tried everything.

Coming on to me. Being seductive. Buying lingerie. Arranging for intimate getaways.

What is sad is on our wedding day one of her best friends took me aside and told me I was “in for a treat.”

Because she knew my wife to be was very sexual and would make me very happy.

What guy wouldn’t like to hear that on his wedding day right?

Boy did she not know what was coming!

But then again, neither did I.

See I was one of those good little Christian boys who had “kept himself for marriage.” So I had no real way of realizing I had this problem. That anything was wrong with me.

And of course with that upbringing sex outside of marriage is…

But notice them I did.

And when I did…I masturbated.

I did that a lot.

That was my sexual outlet.

But because I believed Jesus taught it was sinful to even “look on a woman to lust after her,” I also spent all those years feeling guilty, “sinning, repenting, and confessing my sin,” then trying to do better next time.”

I promised myself next time I would “flee temptation.”

But it didn’t work.

And all the while I avoided real sex.

Half way through our marriage my wife was more than discouraged. She was downright frustrated. At her wits end.

It’s a surprise she didn’t leave me. She should have!

Instead she convinced me to go to a sex therapist with her. She thought “Isn’t it normal for couples to be having sex?” She wanted answers and hoped this might help us find some.

Since I knew my state wasn’t normal but I didn’t know what to do about it, I agreed to go.

The first question the therapist asked me was “Are you gay?”

Seemed a reasonable question when I had an attractive young wife ready, willing, and able to have sex with me and I was not interested.

Well I’d tried for years to “cut that off completely” and I knew what a futile attempt that had been.

I also knew that most Christian guys had the same problem. There is even a well known Christian book on the subject that calls it Every Man’s Battle. It is something to try to struggle with and scrape what victories we can regarding.

Most Christian guys expect the “battle” to continue as long as we were “in the body.”

Because of this I thanked the therapist for her time knowing what she was suggesting wasn’t going to happen.

Off my wife and I went back into our sad little relationship where sex was absent.

Even though I didn’t like where the sex therapist was headed in terms of her suggested solution, she did give me one thing of value. A new way to frame my hatred of sex.

Because of my religious upbringing I’d always seen it in terms of sin, guilt, repentance and obedience to God.

That day I began to see I had a problem. Not a sin problem but a control problem.

I was sexually out of control.

I hated sex because despite being a guy who controlled lots of things in his life, this one area was always the great exception. The great contradiction.

I couldn’t control myself.

Because I was an addict. A sex addict.

My problem wasn’t because I was a sinner. Sure as a Christian I believe I was still that. But that wasn’t the reason I was out of control.

This set me on a new path. I no longer was focused on “overcoming sin.” Instead I began exploring how to overcome my sexual addiction.

If you’re a Christian guy you probably relate to what I’m talking about. But you don’t need to be a Christian to be out of control with your sexuality.

Or to be avoiding it.

Maybe you don’t quite relate to my story because the reason you hate sex isn’t sexual addiction.

That’s okay. I’ll be writing about other reasons you can experience sexual aversion in future blog posts.

But this time I wanted to share my version of the aversion.

If you need some help in this whole area of sex addiction or sexual aversion please reach out to me.

How about you though? Do you struggle with hating sex too?

Most Guys Are Naturally Sexually Addicted