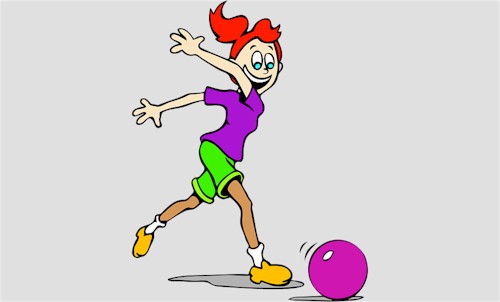 You girls are so confusing sometimes.

When we’re strong you tell us we’re jerks and should learn to be more tender and get in touch with our feelings. Then when we do that you tell us we should man up because you don’t find us attractive anymore.

To say guys these days are facing an identity crisis in masculinity is an understatement.

While feminism has accomplished some good things in pushing for recognition of gender equality, equal pay for equal work and the right to work and vote, it has left a lot of us a mess in so many other ways.

Probably if nature ran its course without society’s intervention we’d have traditional patriarchy with guys dominating girls. There is a tendency in our DNA for guys to be the hunters and girls to be the child bearers and nurturers.

I’m certainly not saying there’s anything wrong with that if that’s the path you desire. Just be aware that achieving business and financial success (today’s hunting) and raising children (today’s…well…raising children) have nothing to do with romantic love.

In fact they are primary causes of its demise.

When they become the priority romantic love inevitably suffers.

In a recent post I told you how early on in my long term relationship I was killing my partner by being a domineering jerk who thought my way was the right way and my partner was just plain wrong for not seeing things the way I did.

That’s because I was that alpha guy chasing achievement and success.

So the feelings of my partner didn’t get much of a hearing.

I thought she needed to get with the program and she was the problem.

When I visited a counselor the lights went on and I came to see that “different is not wrong” and that my partner simply had an alternative perspective on how to live life.

That was okay. It was I who needed to change. To give her slack and let her be who she was.

And that really helped our relationship in those early years.

You would think from then on everything would have been okay right?

Something totally bizarre happened later on in our relationship, as a consequence of my shifting down my alpha male ways. I had done such a good job of curbing my strength that eventually I would hear my partner at times expressing the wish I would “grow a pair.”

What? I lost my testosterone driven patterns because they were killing you and now you don’t find me unattractive because I’m not strong anymore?

This really is the masculine identity crisis of our day.

As a guy I’m sure you’ve struggled with this.

Your girl wants you to be both strong and gentle at the same time.

I’ve spoken with girls who say “Yeah that’s right. That’s not too much to ask.”

Of course it’s not.

You’re not the one being asked to accomplish it!

But it really is a Jekyll and Hyde request.

Part of why guys can be so strong and accomplish so much “out there in the world” is because they have learned to control their feelings and not let them influence their decisions and actions.

But this makes them inherently less sensitive and in touch with their feelings.

It’s not like a switch you can just turn on or off at will.

If your guy shifts like I did to being more sensitive toward how you as a girl feel about things, this shift inevitably results in his becoming more soft and more compliant to your wishes.

It is when a strong alpha male comes under the “rules” of a female and begins to soften his edge, becoming more of a beta male.

This is almost inevitable when I guy cohabits with a girl.

It is primarily her nest so her rules apply…unless he rules like I did at first and then there is no peace at all.

In the beginning as a girl you will probably like this cohabitation arrangement because at a subconscious level it gives you a servant to do your bidding.

But over time you will lose respect for the guy you’ve done this to.

Sex usually stops at this point.

Because your guy’s been “betaized” into compliance, he will mostly put up with this lack of sexual intimacy.

Occasionally he might complain about it in a passive aggressive manner, but he’s too weak now to properly assert his own needs.

If you’re like most girls you’ll throw him the occasional bone of sex to keep him on his leash.

What I’m describing here is the anatomy of the “sexless” relationship.

This is how it usually comes about.

If you’re in the New Relationship Energy phase of your relationship right now, you likely don’t believe a word I’m saying here.

But this pattern is a known pattern that usually kicks in between the 6 month to 3 year phase.

If you haven’t reached that limit yet be forewarned.

Obviously we’ve got a lot to discuss here about true masculinity and how these dynamics come into play in any relationship.

Today I just wanted to point out the challenge this poses for guys in the modern age.

So you girls can have a little compassion for what it’s like to try to strike this balance you seem to desire from us.

What do you think guys? Am I right that this whole thing leaves you unclear about your path?

Is It Love Or Is It Addiction?

Less Is More When It Comes To Romantic Love (Part 2)