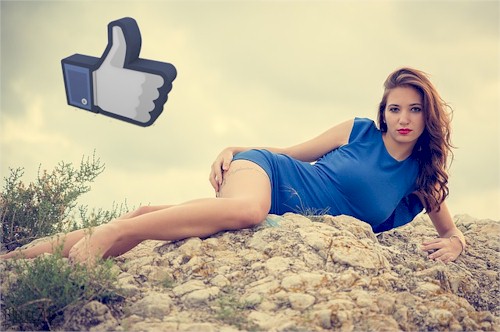 “Reading that makes me feel icky!”

She was seeking opinions.

She had recently found out on Instagram that you can check what your friends are “liking.”

To her chagrin she discovered that a lot of her married male friends spent a fair bit of their time liking pictures of scantily clad girls.

She was asking people what they thought about this.

Is it proper or appropriate for guys in relationships to be checking out other girls online?

Was it right for them to be expressing their approval like this?

Watching the reply thread on this one was entertaining to say the least!

If you can’t already guess, most of the girls agreed with her that this behavior was completely out of line.

The guys who replied?

I only added two comments to this thread.

My first comment was, “A lot of layers to this one.”

Nobody asked me to expand so I didn’t go further on that.

What I meant though was that I don’t think this behavior can be completely evaluated, without knowing the motivation driving the action.

I do think a pattern of actively seeking out and liking scantily clad girls online could indicate a sexual addiction.

But I also believe there is nothing wrong with a guy enjoying natural sexual attraction.

He may just be being a guy.

I shared a link to my blog post How To Be The Coolest Girl In His Life.

In that post I suggest that most of this concern by you girls, about whether your guys notice and enjoy other girls, is really just your problem.

It stems from your insecurities, and is something you need to get a grip on.

You should point out girls to him who you think he might enjoy noticing.

In other words, you should be that cool girl who celebrates your guy for being a guy, with all that entails.

“Reading that makes me feel icky.”

She insisted this didn’t mean she is insecure though. She just feels getting into other girls is “disrespectful.”

A lot of the girls in that comment thread agreed with her.

No doubt they would have strongly endorsed Nicole Arbour’s well crafted YouTube video on this theme.

As usual though, we are not offered any definition of what “respect” means.

Nor why the online behavior of these married guys fails to meet that definition.

This is part of why “battle of the sexes” discussions get nowhere. Nobody quantifies anything. You just express your emotional reactions and then endorse particular behaviors as a consequence.

You never really address whether this endorsement is actually reasonable.

I’m fine with you having whatever emotional reactions you have.

They aren’t right or wrong.

As Nicole Arbour says, “Feelings are a good thing.”

It’s when you start using you emotional reactions as the basis for how you or anyone else should behave, that my questions begin.

I mentioned that most of the girls felt these married guys were creeps.

Want to take a stab at what the guy’s had to say?

I can summarize it with one guy’s response to my Cool Girl blog post:

There you have it girls!

Despite how “icky” it makes you feel, most guys think you’re just being emotionally insecure.

You say your reaction is not because you’re insecure but because he’s being disrespectful.

Can you provide me with some objective criteria besides “It makes me feel icky” for why that is?

So what do you think girls? Are guys just creeps or are you being over sensitive?

Intercourse Is Not Sexual

Why I Don’t Give Relationship Advice