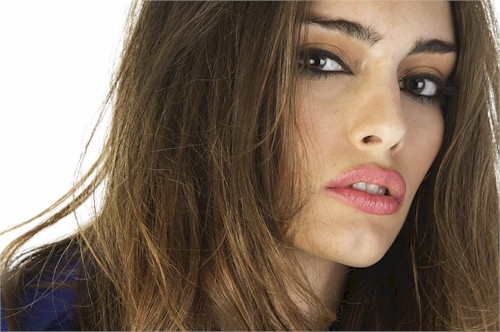 If you’re just out for sex with a girl?

Because all she is to you is just one big dopamine chase?

There is a famous saying that says, “Show me the hottest girl in the world and I’ll show you a guy who is tired of having sex with her.”

It’s a dirty trick nature plays on you guys.

Making you think you can find the perfect lay.

If only you get that one more girl?

You will finally feel okay.

The most important thing you will ever learn as a guy, is to distinguish between reproductive biology and real connection.

But all that is?

It’s nature trying to get babies made.

It has nothing to do with your long term relationship life.

Nothing to do with your happiness.

It actually frequently messes with that.

I don’t know how many times I’ve seen a girl walking down the street in Yaletown and found myself thinking, “Wow! What would be like to get with THAT?”

Then I quickly catch myself.

It has nothing to do with who she is as a PERSON.

What I’m thinking about is only her body.

I really resent the way attraction “works” because it leads you down a path that goes absolutely nowhere. If you don’t learn to think past it you are destined to be lonely and alone.

You girls may be thinking.

“You guys don’t care about who I AM.”

Not so quick sister!

You girls do this too.

Sometimes its about a guy’s looks as well.

That six pack that he’s sporting.

Most often though the way you girls objectify a guy is by fantasizing about his confidence. You really like the way he carries himself in a crowd.

That is just as objectifying.

Because you don’t know him either.

When you pick him out as someone you’re into?

In your own way, you’re saying it too.

In your case though it’s, “What would be like to be ‘swept off my feet’ by that?”

Nature is a cruel task master because it uses your desires and emotions against you to get what IT’S after.

It doesn’t care who it leaves in the dust.

Crying on the floor.

That’s the way you feel as guy when you’re done with this latest girl.

Or as a girl when he’s “loved you and left you” again.

What you need to understand about love and relationships is that attraction is not enough. It’s not even that important in the bigger view of things.

What matters is who your partner IS.

That you really come to see them.

That they feel seen.

For the substance that’s actually there in them.

When that happens and you truly value them?

You won’t just want to “get off” with her.

You’ll want to truly commune at the deepest level. Sharing yourselves with each other.

That’s what REAL romantic love is.

So what do you say? Are you ready to start recognizing when it’s just your biology talking and start to go deeper?

The Best Kept Secret For Having The Relationship You Long For

If Love Came Into Your Life Would You Recognize It?