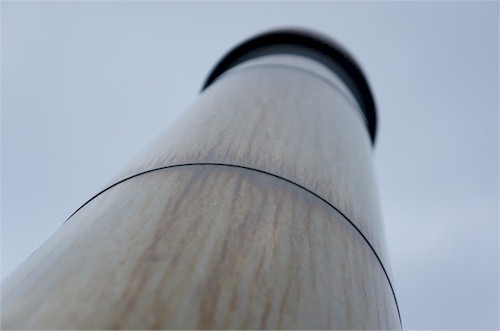 In a previous blog post I suggested as a guy you can suffer from erectile dysfunction and not even know it.

I said there that your erection is supposed to be connected with your heart.

But often it isn’t.

Even if you’re becoming erect.

What I want to do in this post is take that understanding to a further level, and show you why it can also be a very good sign that you’re not experiencing an actual physical erection.

To show you what I mean I have to share my personal experience with this question.

So I definitely did not have what most people would consider erectile dysfunction.

What I was instead was a typical dopamine chaser.

The compulsive pattern associated with this behavior in every way emulates the powerlessness of an addict.

I’ve written a book available on both the US and Canadian Amazon sites, about my experiences as a Christian trying to overcome this compulsion, and the keys I found necessary to break its hold on me.

I broke it’s hold around the same time I learned what had been blocking me from connecting with my partner.

But something else happened as well at that time that I wasn’t expecting.

I found out that I no longer simply become erect when I begin to experience sexual arousal.

Instead I find my experience very similar to how you girls find things.

I take time and gentle attention from my partner to become erect, just like you girls normally do when becoming aroused.

It is not that I no longer experienced the feeling of “horniness.”

I just don’t become immediately erect because of it.

I simply no longer experience the involuntary erections that came when I was addicted to sexual indulgence.

At first I thought there was something wrong with me. Obviously with the western mindset about sexual performance this was potentially devestating to my psyche.

Many people would tell me I should not consider myself “a man” for experiencing this “problem.”

I even thought maybe it was just because I had gone so long without “real sex.”

But I’ve found this phenomenon to persist after being with several partners.

I can imagine a lot of you girls finding this a problem. You are used to guys just becoming erect automatically when you become naked with them.

But if that is how you respond when a guy doesn’t just become erect, it is surprisingly inconsistent on your part.

Because most of you girls require gentle attention and caressing, to slowly become aroused yourselves.

So you shouldn’t see this as a bad sign, if a guy you’re with requires the same.

Because his heart has become connected to his erection.

Because I’ve read so much now about relationships and sexuality, I don’t really see this as a problem at all.

I see it as a very good thing.

Because the central problem with western sexuality is its pursuit of orgasm through exciting sex.

Sexual excitement and orgasm makes sense when your goal is to reproduce.

It doesn’t make the same sense when your goal is to connect with your partner.

I know this must seem counter intuitive to you.

Why would I possibly be telling you that experiencing orgasm is not the point of sex?

You’ve been told your whole life you’re not a good lover if you don’t bring your partner to orgasm, at least once when you’re together.

Let me be clear here.

I’m not saying it’s not loving of you to want to give your partner the pleasure of orgasm or that experiencing orgasms isn’t enjoyable. I’m just saying it is not the real point of sexual union, nor is it what makes for true sexual fulfillment.

Let me show you why I think this.

First you need to understand a little bit about how sexual arousal and orgasm work.

Sexual arousal is associated with the parasympathetic nervous system.

That system is stimulated through relaxation.

Which means sexual arousal is actually a relaxation response, not an excitement response.

Because you guys are naturally sexually addicted and have such high testosterone levels, often your erections are stimulated by excitement instead of relaxation, and so you’re driven quickly toward orgasm.

I’ll talk about this problem too in a future blog post.

Because of your natural sexual addiction you sort of skip the the whole arousal phase altogether.

Orgasm is associated with the sympathetic nervous system and is dopamine driven.

This leads you from simply being sexually aroused to becoming really sexually excited.

When this sympathetic nervous response reaches it’s peak you orgasm, and in the case of you guys you normally ejaculate.

But at that point it’s over.

At least for you guys.

As you know when you orgasm and ejaculate, you immediately experience drowsiness and loss of erection.

This is caused by the release into your brain of a chemical called prolactin, which makes you drowsy.

You may be able to work yourself up again and often this is seen in the west as the sign of a “great lover.” For most guys though “coming is going,” and the infamous “recovery time” ensues.

With the exception of the drowsiness, which is a guy thing.

You normally take time, and require relaxation to enter a state of sexual arousal, where you can finally approach orgasm.

I say you girls’ systems work normally because you don’t skip past the sexual arousal phase and move immediately toward sexual climax, the way most guy’s systems do.

So why does it seem to work so differently with you guys?

Because you are naturally sexually addicted.

The high testorterone levels you experience, along with the habitual dopamine chasing patterns that result from this, puts you past the relaxation stage of sexual arousal, and toward the excitement stage of sexual climax, almost immediately.

Surely giving your partner the pleasure of orgasms is a relationship building thing right?

In future blog posts I’ll tell you why scientifically it appears this is actually not the case.

What you need to understand right now though, is what truly produces emotional connection through your sexual union, is a chemical called oxcytocin in you girls and vasopressin in you guys.

Yes a minimal amount of this chemical is released at orgasm.

But a much greater amount is produced when rich, luxurious touch is prolonged, while remaining in the relaxed, sexually aroused state associated with the parasympathetic nervous response.

Which means if you’re going to truly make love to your girl, you guys need to learn to slow things down.

And if your guy takes time to become erect girls, that is a very good sign. It means he is more capable of enjoying the whole process of sexual arousal with you.

If he requires you to gently caress him to become erect, give him the same loving attention you want in return.

Enjoy this fuller experience together!

Isn’t this what you always mean by making love anyway?

Obviously if as a guy you are going to have intercourse with your partner, you need to become erect.

I’ll have a few things to say about that assumption down the road too!

Now girls what I’ve written here doesn’t give you license to refuse sex with your guy if he doesn’t become erect slowly.

Most guys are naturally sexually addicted and deserve your compassion about this.

This type of slower arousal pattern is harder for guys to learn.

We can come to learn to make love a different way, but it takes patience and practice.

It certainly is not a prerequisite of having sex with someone you love.

I’ll be talking about all this in future blog posts so stay tuned.

What do you think? Can erectile dysfunction be a good sign?

Most Guys Are Naturally Sexually Addicted