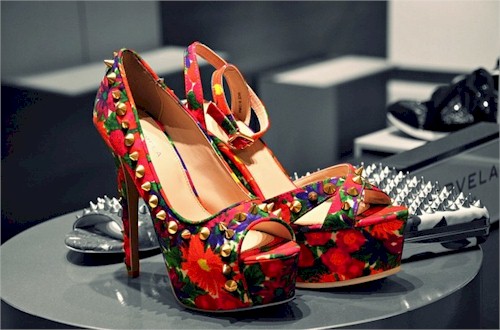 The technical term in the literature is hypergamy.

Though it’s not just about marriage.

It is a tendency a lot of you girls have.

You think you deserve better.

Of course you would never consciously say to yourself that your current partner is not enough, or that he’s become completely passe.

This is an insidious relationship virus.

It worms it’s way into your HEART.

It suggests itself in subtle ways.

You begin to question your connection.

Is he showing you the same interest?

Is he connecting in the same way?

Isn’t he beginning to pull away?

The problem is, once you start to go down this path? You will find yourself on a slippery slope that can only end up in one place.

Once you decide your partner is not enough?

Your relationship is through.

But often you can go a long long time, before you finally decide that it is time to throw in the towel. You just live with this nagging doubt that secretly grows and grows.

But there is one phenomenon.

It is almost guaranteed to accelerate this disease.

For lack of a better word?

You know that experience shopping?

When you see that new pair of shoes?

Suddenly you have to buy them.

The pair you have?

How would it feel to be walking around in those ones?

The biggest danger to your current relationship, is the appearance of a new guy in your life. A possible replacement for the boring, all too familiar one you’ve been experiencing.

Once a shiny new object becomes a live possibility?

Your connection to your partner is in total jeopardy.

You start to wonder what this new guy would be like.

Instead of Mr OLD and ordinary?

You start to fantasize about Mr NEW.

And Mr OLD begins to look…well…old.

Is this because your current relationship is really that bad? The likelihood of that is just as slim as the idea that your current shoes really need replacing.

It is just the availability of the promise of excitement.

Of a new adventure again.

It makes you question what you’ve got.

Tempts you to cast it away like last year’s fashion.

As I said, I’ve witnessed this virus in action in two different relationships now. In both cases it’s onset was preceded by a new guy in the mix.

As soon as the possibility of “jumping ship” was present?

Suddenly our relationship came under a fine tooth comb.

“Are you saying the wind is out of the sails of our relationship?”

Absolutely nothing had changed. except my partners had come to see the possibility of “trading up.” Once that was the case, they started to think they were seeing problems everywhere.

Once those problems were identified?

Justifying leaving was a breeze.

How could you ever fail to find something wrong?

Once you’ve decided the shiny new object is a must?

The old model that you’ve got?

How could it EVER measure up?

Your established relationship is based on attachment and contentment.

Those subtle cozy feelings are no match for attraction’s FIRE.

So how do you protect against the onset of this malady? The only answer I’ve got for myself is don’t love a monogamy girl.

In both the cases I’ve experienced all this?

I was totally okay.

Because being polyamorous myself?

That doesn’t mean a thing.

Both these girls were monogamy girls though.

So you know exactly what that meant.

It meant they HAD to cast off their love for me.

Because monogamy always makes you say NO to love.

And you claim to be all about LOVE do you?

So what do you think? Is there any real way to prevent replacing those old shoes, other than being okay with owning more than one pair of them?

What She Doesn’t Know

Do You Believe In This Girl’s Right To Be Cat Called?

Everybody Is Attracted To You In Some Way