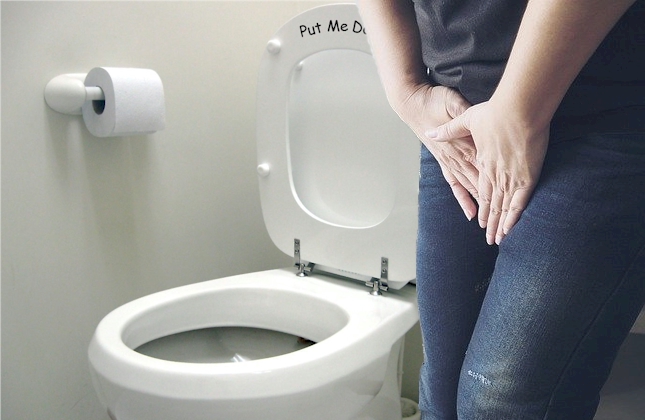 A humorous conversation came up this week.

It was in a guy’s Facebook group I frequent.

One of the guys put up a meme about the classic toilet seat conundrum.

The meme said this:

Of course this was all tongue in cheek.

But on a different level it isn’t.

They become the straw that breaks the camel’s back.

Especially when you live together.

What I like about this toilet seat discussion is it really brings into focus the central issue. How you think you should solve this one says a lot about what you think of your relationship.

One guy said his partner gave him a choice.

“Put it down or wipe off your excess pee if you don’t.”

Another guy chimed in, “Just put the damn seat down lol!”

Another guy thought this was just being courteous.

But given the number of times guys use the loo?

Leaving it up actually seems MORE courteous don’t you think?

Of course I had to chime in as well so I asked the fateful question, “What’s wrong with everybody taking care of their own toilet seat positioning?”

I told the guy given a “choice” by his partner that it sounded ominous.

Suddenly his wife chimed in asking me, “Why?”

Never know when the girls are gonna be listening in a GUY’S group apparently!

I answered, “It sounds like the toilet isn’t BOTH of yours.”

“Pretty sure grown adults can work out an arrangement.”

Hubby seemed to think they had an arrangment.

What he was describing sounded demanding to me.

Not sure about you but when somebody says, “You do you and I’ll do me?” I don’t find THAT demanding. To me it says I love you for who you are and I’m not trying to change you to COMPLY with my wishes at all.

Of course everybody gets their shorts or panties in a knot.

Especially if you’re not bending over backwards.

This wife wasn’t trying to bend over backwards at all.

She was expecting hubby to do all the bending.

I said, “Demands that include two options are STILL demands.”

They just couldn’t seem to see it.

Trying to change your partner so things are more the way you prefer them, is NOT loving your partner. When you first meet them you never dream of doing that. So what makes it okay NOW to do so?

Love is valuing your partner for who they are.

Trying to change them is not loving them.

The answer is never to change your partner.

It could be time to change PARTNERS though.

Then reconsider what you’re doing.

Start appreciating your partner just as they are again!

What do you think? Is it really appropriate to expect another human being to change just so you can have things the way you like them?

The Best Way To Experience A Breakup

What To Do If You See A Ghost