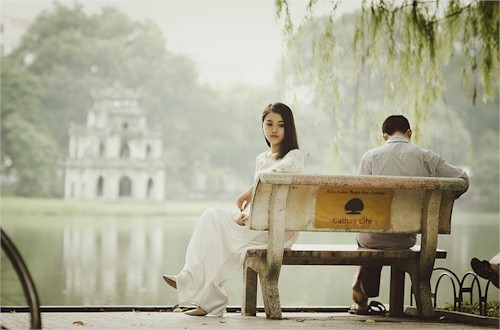 I was having a chat with a friend a while back who works in the relationship field as a coach.

We were talking about the things we were up to when she suddenly asked me, “So how’s your love life?”

I replied without hesitation. “Love is nice. Easy. Enjoyable.”

Seemed like a reasonable reply given that my experience pretty well matched what I said.

At that time I had been in a romantic friendship for about 6 months and it really was like I described.

But then my friend replied back, “Easy? Wow that’s nice.”

I replied in return “Sound like a magician do I?”

I answered, “Ha ha. I guess you’d have to ask someone other than me about that.”

I have to admit though I was a bit taken aback by the assumptions underlying her last comment.

Why does someone having a nice, easy, flowing relationship automatically make you think something must be wrong? That they must be avoiding?

Does love really need to be that hard?

I was quite sincere when I said she should ask somebody other than myself, because this interchange took place a couple days after I was chatting with the romantic friend I referred to above.

In that post I cautioned you girls that your natural attraction to these types of guys is a bit of a set up for dissappointment.

Guys who seem this way may not be the real deal, or if they are, it is highly likely they are unable to truly connect with you emotionally.

This Facebook commenter said about herself and her “integrated” alpha partner, “He can be an asshole sometimes and I can be a bitch, and we’re both fine with that reality. We take ownership and that’s how the relationship works.”

When she read this my romantic friend said, “I don’t think that I would want to spend a lot of time with someone I called an asshole at all. Not even sometimes.”

Then she added, “I don’t think that is something that everyone experiences. Glad it isn’t!”

She was of course talking about hers and my relationship.

She doesn’t think I’m an “asshole” ever. And she is never a bitch.

We’re together because we value each other for who we are, and want to share ourselves with each other, which is what true romantic love actually is.

We don’t complicate romantic love with a lot of things that have absolutely nothing to do with it the way most other people do.

We live apart from each other, so we always look forward to seeing each other and never get bored of being together and don’t become annoyed by the different ways we live the way most other people do.

We’re not monogamous, so we don’t take each other for granted or assume we have the right to expect things of each other because we “own” each other the way most other people do.

We are two individuals who are complete in ourselves, and don’t look at our relationship as something we need to sooth our insecurities the way most other people do.

We just don’t experience drama in our relationship, the way most other people do.

This isn’t an accident.

It is because of how we approach romantic love together.

We’re together because we want each other, not because we think we need each other the way most other people do.

Like I said we’re just two people who value each other for who we are, and desire to share a romantic connection as a result.

So love is nice. Easy. Enjoyable.

I told my relationship coach friend she would have to ask somebody other than me if the reason I find love easy is because I’m avoiding.

I said this in full awareness of the conversation my romantic partner and I had just had about our relationship a couple days prior.

I certainly know what avoidance is. I lived as a love avoidant for many, many years.

That’s why I’m cautioning you girls about alpha males and their tendency in this direction.

But there is another way.

You just need to get off the addiction track and start being open to developing real, meaningful friendships with people you can truly connect with on a deeper level.

There is one sense though in which my relationship coach friend is right about my being avoidant.

I avoid all the things that mess romantic love up and structure my love life to maximize what makes it flourish.

You should do this too.

Stop doing all the things I listed above that have messed up your love life in the past, or are messing it up right now.

Quit thinking romance and friendship are exclusive and realize instead, that friendship is a more solid foundation for romance than the models of love that have been failing you.

Love doesn’t need to be that hard. Isn’t it time you start making it easier for yourself?

Once You Understand This Your Love Life Will Change Forever

Maybe You Dodged A Bullet

How To Figure Out The Right Goal For Your Cat