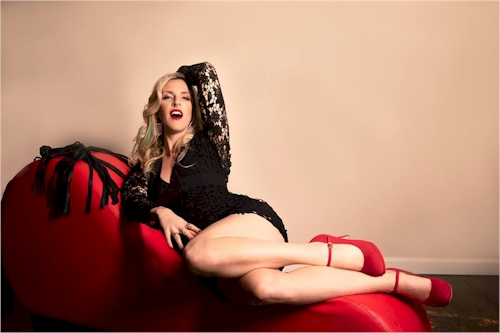 Ever since I said I believe in a girl’s right to be cat called?

I’m encountering more and more girls who are affirming.

They love it when guys objectify them.

Since I’m not the kind of guy to claim such things without providing evidence, I am going to start sharing these girl’s stories as they have written them.

This first one is written by a very attractive girl named Emily Orum.

The picture above is her picture.

Emily is a coach and calls herself a Heart Ninja.

Her goal is to help you girls embrace your sexuality.

Your “disowned slut” as Emily calls it.

OBJECTIFY ME
BY EMILY ORUM

I have always enjoyed men.

Who whistle at me.

Who let me know what they like about me, who adulate and objectify my body and my sex in some way.

And, for a long time the women around me would ask:

“Why do you let him talk to you like that?”

“Why do you taunt or tease them back?”

“Don’t you know that is not okay, to lead them on like that?”

“He is just trying to use you for his own gain and pleasure.”

So many stories of their own fear of men.

Fear that got projected onto ME as make-wrong.

So how did I respond to that?

I closed myself down, believing them that it was not okay to receive this attention. That I was bad or wrong for liking it. I felt deeply confused because receiving that desire felt so right in my heart and body.

I found, however, as I closed myself off?

I actually attracted MORE energy to me that felt slimy.

And predatory in a way that felt disrespectful.

It’s no mystery to me now why when I closed down?

I actually attracted that which was harmful to me.

I attracted disrespectful predators because I had been taught to not respect myself, my sex, or my body. If someone thinks I’m hot now I will agree with them and celebrate their desire rather than telling them to go away.

Letting go of the hiding of the part of me that loves to be objectified by men?

It has been deeply healing medicine.

And now that I have done the work to reclaim my sexuality?

I enjoy being objectified by women too.

Now, I RISE even more. And wear a beaming smile when I get objectified.

I know how to set boundaries when something crosses the line.

And I know how to do it in a way that makes the other feel like a HERO.

Rather than shaming them for expressing themselves.

What do you think?

Do you believe in Emily’s right to be cat called?

Female Desire Is Not Aroused By Asking

As Long As She’s Slim