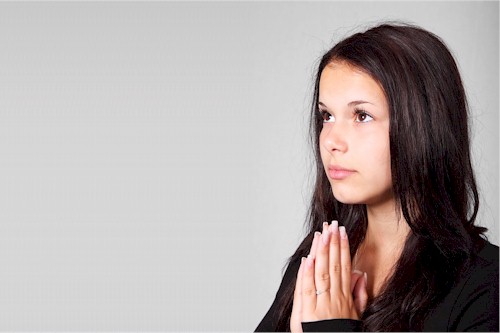 Your extroverted friends will never tell you this.

Your Bad Boy pick up artist buddies will say it isn’t true.

But dating an introverted girl is one of the best things you could ever do.

She doesn’t present as HOT.

She doesn’t stand out in a crowd and your bros won’t high five you for scoring with her.

But how much does any of that really matter anyway?

The fact is, unless you’re just “out for sex” those Hottie girls don’t really have much else to offer.

And honestly…they don’t really offer that much on that front either.

Because real, meaningful sex isn’t just about “getting off” in a hundred different positions.

About being with a person who really cares about you.

Who’s interested in more than whether you can make her orgasm.

That introverted girl is deep. You can have a conversation with her about more than what you ate last night.

She will listen to you with fascination as you talk with her.

About life, the universe, and everything else.

And she’ll have something to contribute in return.

She finds guys with brains appealing.

She actually finds intelligence sexy. Of course she doesn’t put it that way…that’s Hottie speak after all.

But she loves carrying on a conversation for hours on end.

About things worth talking about.

She’ll invest in you in ways you can’t even imagine.

And remember what you told her.

Longer than it takes to refresh her makeup!

She doesn’t spend much time on that one either.

As an introverted girl she’s not busy trying to get you to notice her. When you do, she knows you’re into who she really is.

So she’ll really put herself into your relationship.

And while she doesn’t tend to dress in the lastest fashion?

She’s more like that actress you see at the beginning of the movie.

You know, the “homely” one who by the end of the show, you’re wondering where she’s been all your life?

There is a subtle beauty beneath the surface of all her underemphasis.

But you’ll never know this.

Because you’re too busy at the clubs chasing her “sizzling sisters.”

She’s not at the clubs.

She’s at the library.

I don’t know about you, but I’d rather spend my time having my prayers answered.

All in the hopes the latest “Hottie wannabe” will lower her “bitch shields” as the pickup artists call them.

Just to allow you into her kingdom.

I’ll spend my time reeling in all the sweet, tasty little fish the Bad Boys are missing out on completely.

And there’s a LOT of them too.

Just waiting to be NOTICED.

By someone who SEES things more than just skin deep.

How about you? Are you ready to start fishing where the water is deep and reap the rewards of casting in your line?