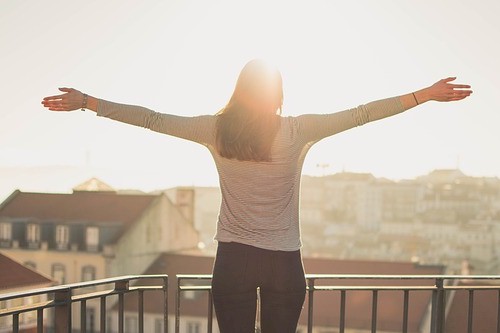 “It’s so clear to me that it’s painful” I said.

A friend and I were having a conversation.

It was inspired by a video I recently watched.

This interview by Candace Owens.

Candace is a young conservative political activist known for heading up the Blexit movement. Blexit is about black Democrats in the US leaving that party and embracing centrist or right wing perspectives instead.

In this particular video?

They are both talking about marriage.

How they see it to be the answer.

To all the casual sex the sexual revolution brought on.

I sent a link of this video to my friend because he and I frequently discuss the subject of relationships. I asked him if he noticed the bait and switch these two girls are performing so enthusiastically.

Why do I say bait and switch?

Because they use either/or thinking.

The assumption they make?

If you’re not into casual sex?

Then you have to opt for a COMMITTED relationship.

You can notice the point where this maneuver happens when Lila first talks about what she thinks is the answer. She says happiness is not all about sex. It is really love you should be after.

“No problem with that” I thought.

But then she quickly shifted.

Started talking about marriage and children instead.

You often think love is the REASON to get married.

But love does not require commitment to any sort of long term monogamous arrangement. All the evidence suggests if you do that, instead of being in love you’ll just end up miserable.

This is why I recommend something else.

A completely different approach to your love life.

In this approach it actually IS love that you’re after.

With Romantic Friendships you don’t opt for casual sex, you enjoy a genuine romantic connection with your partners. But unlike traditional monogamy you don’t commit to anything with anyone.

A relationship that is JUST about love?

Isn’t that a novel concept?

You might say, “It’s so clear to me that it’s painful!”

How about you? Are you tired of just chasing sex but also don’t want to sell the farm just so you can enjoy genuine romantic connection?

“No Means No” Just Ask Any Salesperson

Why Do You Always Choose The Wrong Guy?