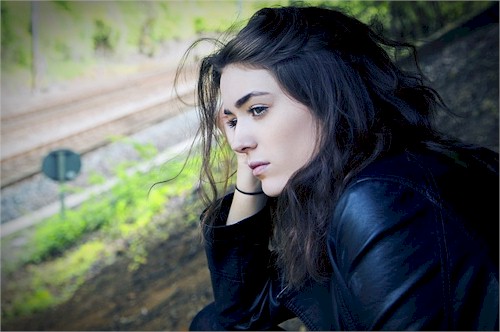 She was a cute Mexican girl I met at a movie meetup one night.

Connected shortly after that for coffee.

She wasn’t a candidate for my love life at all.

She was fixated on a different guy at the time.

She met this guy at a new job she had recently taken on and he started taking an interest in her. But then after a couple of meetups together she found out he’s polyamorous.

He was asking her to consider being with him too.

She didn’t quite know what to think.

But she was curious nonetheless.

When she and I chatted at the movie theater I gave her my card.

She automatically pegged me as a relationship consultant familiar with polyamory.

I guess she figured it might be a good idea to talk with someone who has some experience being in open relationships. She wanted to see what light I could shed on her situation.

So I knew a couple things were likely true of her.

She has a bit of an avoidant tendency.

Sure enough that was part of the allure for her.

She didn’t want anything longterm.

Of course that’s not true at all.

If anything a truly polyamorous person could be with you for life.

A lot of people completely misunderstand the mindset someone like me has toward relationships. They think I’m not really in it for the long run since I won’t commit.

Not only did this girl’s avoidant streak show in this.

It also showed in her trepidation about polyamory.

She said to me, “What if he leaves me when he finds someone new?”

Thinks it means she’s not committing to anything.

Then she’s also worried about it.

Because this guy won’t be committed to HER.

All of these thoughts are completely mistaken and don’t reflect the reality of true polyamory. Polyamory is not about collecting or casting lovers aside every time you find someone else you connect with instead.

The dopamine gets firing big time.

But that’s just how attraction often works in the early relationship phase.

It will always settle down eventually.

Which is why Established Relationship Energy (ERE) is better.

If you don’t grow the “shiny new object” into something more solid?

Your relationship is sure to hit the rocks in time.

I wasn’t worried at all for this girl about the guy she was getting to know. He was so clearly solid on how he approached her and how he looked at things.

He wasn’t pushing her toward anything.

He was just seeking to get to know her.

Seeking to see how their connection would develop.

Exactly how things should be.

In actual fact it is the monogamy girls I find the most problematic on this front. Precisely because they aren’t polyamorous, they are ready to cast YOU aside on a whim.

The minute the “shiny new object” offering monogamy shows up?

It’s like the love you have with them is gone.

Whenever I share my heart like I do with someone whose priority isn’t really love but is the ideology of monogamy? I know I face potential heartbreak eventually when she suddenly thinks she’s met “the one.”

You might think, “But Kel that’s just because of YOUR ideology.”

“You want polyamory instead of love too.”

Do you hear yourself?

When you believe in monogamy you believe you have to say no to every love but one of them.

So you aren’t really saying yes to love at all.

You’re just saying yes to being with only one person.

Polyamory is saying yes to love.

Polyamory isn’t choosing something other than love. Complete openness to love is what you’re choosing instead.

Do you want to make sure he never leaves you?

Don’t require monogamy of him at all.

Be with a guy who loves who he loves.

That guy will want to be with you fovever.

So the real question is not, “Will that polyamorous guy leave YOU?”

The question is would YOU leave someone you love for monogamy?

What do you think? Is your heart really as open to love as you think it is or are you misleading yourself about that?

Is There An Echo In Here?

Loving More Than One Person