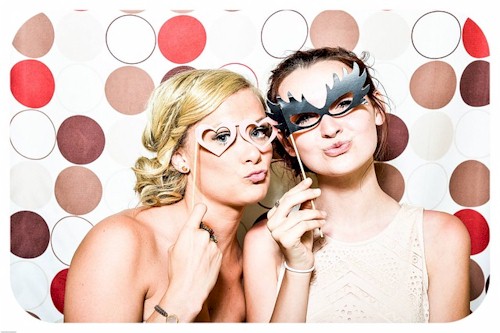 Recently I’ve been working with a client who lacks a lot of self esteem.

He’s trying but it is really an uphill battle.

He feels he has a lot of things going against him.

He’s a nice guy and feels like all the cute girls go for the “bad boys.”

He’s an introverted guy, so he has real trouble getting up the nerve to even talk to girls.

And he’s not caucasian, so even though he likes North American girls, he finds they just don’t give him the time of day because he’s “brown.”

Maybe this is how you feel too.

Being yourself is just not good enough.

You don’t know how to approach girls.

How to be what they’re looking for.

How to strike their interest.

I understand where you’re coming from because I’m an introvert too.

I find approaching cute girls intimidating just like you do.

To top it off, I had a long term relationship where every possible dating skill and ability I might have had in the past (and those weren’t many) had long since dropped off.

My long term relationship ended and I had to move on.

I had to start from scratch…as an introverted, nice, girl intimidated guy!

Yet since that time two years ago I’ve dated well over 50 girls from quite a few different nationalities, whose ages range from significantly younger than me to quite a bit older too.

Many of these girls are still special friends today.

A few of them became romantic friends with whom I’ve enjoyed a deeper connection.

How I did this is what I teach when I work with introverted guys looking to change their luck.

I can help you too.

Let me give you a quick picture of how I started helping this client I mentioned, change his outlook.

First I asked him if the place he was trying to meet girls was in the clubs.

Sure enough, that was his hunting ground.

Those girls are high energy, bounce off the wall types.

They naturally gravitate to the “bad boy” energy because they want to be “swept off their feet.”

If you want to see the contrast I’m talking about, just watch the first scene of Four Christmases where Vince Vaughn’s and Reese Whiterspoon’s characters first meet.

He approaches her as a whimpy, nice guy and she brushes him off as uninteresting.

Then he reverses his pattern and takes on the “bad boy” persona.

This is why as an introverted guy, being yourself is just not good enough.

It’s not because there is anything wrong with you.

It is because you are pursuing the wrong type of girl for you.

This high energy type of girl is emotionally wounded.

She is insecure and that’s why she feels she “needs” the “bad boy” energy.

It makes her feel attractive and desired and fills the void caused by not being loved as a child.

That’s her problem not yours.

Because you are emotionally wounded too.

Which is why you’re so attracted to her energy.

I know I sure am.

Those girls are like emotional crack to me. But I learned this is because I was so emotionally shut down myself my whole life.

I am attracted to high energy girls because I suppressed my emotions so long.

I needed their energy to make me “feel.”

I married one of these girls for that very reason.

She added “color” to my life.

Unfortunately her own neediness made me shut down all the more and we lived a lonely life together.

What I’ve learned from all my dating is that as an introverted guy, you are much better pursuing a relationship with a girl who has lower energy like you do.

She is a much better match.

No you won’t feel as excited by her.

She won’t give you that “thrill” that attracts you to her high energy friend.

But you’ll have a greater chance of things working out for both of you in the long run.

So my first piece of advice to this client that I’ve mentioned was to change his hunting ground and start hanging out where more introverted, less high energy girls hang out.

Because you know what?

She has the same challenges you do.

Am I right girls?

She is introverted and doesn’t know how to meet guys.

She feels like all the good guys are always attractive to the high energy girls.

And she feels like being herself is just not good enough.

Need some help getting your introverted game on?

Hit me up for a coffee or a Skype session!

What do you think? Is it time to start meeting girls who like you for who you really are?

How To Solve The Battle Of The Sexes (Part 2)

It’s Not You It’s Them