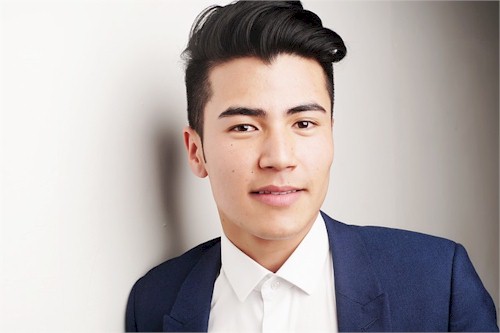 So we need to define a few terms for this one.

If you’re familiar with PUA theory of course this will be old hat to you.

(PUA = Pickup Artist. The theory of how to pick up girls.)

He is normally conceived as a Bad Boy.

He doesn’t really care about anybody but himself.

You girls are said to be attracted to these Bad Boys like moths are attracted to a flame. Of course you verbally deny all this but your actions show otherwise.

He tends to be very unconfident.

Instead he is focused on supporting you girls.

On “being there” for you.

Essentially the exact opposite of an Alpha.

Hot Girl = A girl who is extremely physically attractive.

As a Hot Girl you’re either haughty and think you’re worth the “best” guys.

Or you are insecure about yourself and look outside yourself to guys for emotional validation.

If you are a Hot Girl, you are the normal target of the Alpha male.

He wants to “get with you,” which translates in the vernacular to “getting in your pants.”

AKA…he wants to have sex with you.

The normal wisdom is if as a guy you want to score with a really Hot Girl, you need as best you can to emulate or actually become an Alpha male.

If you are Beta you’re flat out of luck.

You will never getting with a really Hot Girl.

Most of today’s dating and relationship advice for girls is influenced by these dynamics.

Even though it is rarely acknowledged this is so.

You girls are taught how to attract “confident” guys.

But when you remove the sugar coating?

You are really being told to shoot for Alpha males.

Training for you guys is much more honest.

There is a reason a little while ago I told you most dating advice is a scam.

So what am I talking about here saying you can buck this Alpha trend by being an Alpha instead?

Sort of a contradictory claim wouldn’t you say?

Actually it’s not at all.

Or at least not when you understand the distinction that I’m making.

I came across this distinction when working with a PUA dating coach.

One who advocates becoming an Alpha male.

The more I worked with him, the less I resonated with his overall approach.

His techniques for “getting with” girls seemed more and more manipulative, the longer I worked with him.

He didn’t seem particularly sensitive to the feelings of the girls he sought to date.

I’m naturally more “heart felt,” which PUA theory says means I’m a Beta male. But I don’t quite find myself fitting into that weak and unconfident category either.

Caring about you girls?

Being sensitive and supportive of your needs?

I don’t find it makes me feel like a push over either.

And I find myself constantly BUCKING PUA wisdom.

I don’t really care if the Bad Boys THINK this makes me weak.

I don’t feel weak AT ALL.

I feel quite strong and quite confident PUA theory is off in some fundamental ways.

Later on I found another coach I really connected with instead.

He talked about being heartfelt.

He loves hugs and cuddles and connecting with girls.

But he also doesn’t tow the party line on what’s acceptable to society.

He’s into polyamory and presents himself as making his own path in life.

In other words he seems quite Alpha.

Except for all those other traits he has that Betas are supposed to have.

Exactly what I see in myself.

When I mentioned this second coach to my Alpha dating coach, he told me he actually really likes him too. He sees him as a “Confident Beta.”

When he used this term the whole PUA thing began to unravel for me.

Because in PUA theory that is a complete contradiction in terms.

You CAN’T BE a confident Beta.

Nor can you have an Alpha who is sensitive and not a Bad Boy really.

What was going on here?

I realized that while PUA theory is reflective of a small segment of the dating world, it is not the majority position it presents itself to be.

Like I said if you are a Hot Girl you will respond to the whole Alpha thing.

But you yourself are really a very small percentage of the female population too.

Yes you do get “stirred” by Alpha energy and you will have sex with Bad Boys who offer this elixir.

But you only represent about 10% of the female population.

Just like the real Alphas do of the male population.

The rest of us are just NORMAL flesh and blood humans, looking to connect on a much deeper level than just having sex or one night stands.

And if as a guy you want to be in a REAL relationship with a girl?

You’ve got to be A WHOLE LOT MORE than Alpha to pull that off.

You need to be what Athol Kay calls a “beta with an alpha edge.”

Kay says you girls have both alpha and beta needs.

You do want a guy to be confident at pursuing his own life.

But not in some insensitive Bad Boy way.

While there is indeed something in your female psyche when it comes to attraction that responds to that kind of energy? You also have what Kay calls “comfort needs.”

These are the many ways you desire your guy to be supportive.

This can mean helping you create your “nest.”

Or helping you with your babies if you’re married or cohabiting.

It can mean a hundred other things too.

If as a guy you want to be in a real relationship with a girl, you need to be ALL these things. You need to be a Confident Beta like my dating coach said, a “beta with an alpha edge.”

But this is REALLY good news.

You know all those sensitivities you thought disqualified you from meeting and attracting girls?

The things that make you a Nice Guy?

A guy you thought girls don’t ever fall for?

Those sensitivities are actually important qualities you NATURALLY bring to the table.

They are things to actually feel CONFIDENT about!

The only thing missing is for you to recognize what you’ve already GOT going for you.

When you realize this, it will up your confidence a hundred fold!

You don’t have to be a Bad Boy Alpha. In fact the more you laugh at those guys the better off you are.

It shows that you know what a “real guy” ACTUALLY consists of.

It doesn’t consist of being an overgrown adolescent.

One whose claim to fame is he can get EMOTIONALLY INSECURE girls into bed.

It means being somebody who is prepared to buck the Alpha trend.

Be a REAL GUY for your girl.

Strong and confident sure.

But also gentle and sensitive and kind.

The kind of guy she actually wants to introduce to her parents and her friends.

What do you think? Is it time to start the revolution and buck this juvenile Bad Boy alpha trend?

How To Find The Perfect Girl