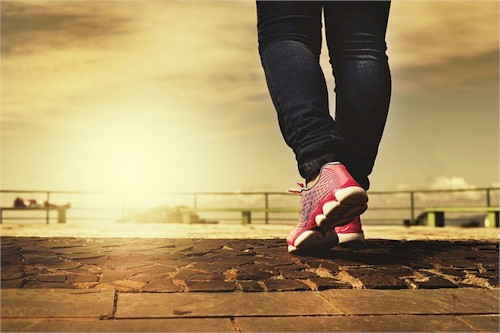 This entry is part 2 of 4 in the series Are You Sure You’re Not Polyamorous?

I asked her out for a seawall walk.

Yes at the time I didn’t realize she was in a relationship.

But when she clarified that I didn’t care.

I thought she was beautiful.

I still wanted to get to know her.

I have LOTS of female friends.

What was weird though was at first she agreed to the seawall walk. Even coordinated with me on the time and place to meet up.

But then she started to back pedal.

Ask me questions about my intentions.

She didn’t want to give me the wrong impression.

She said, “I’m in a relationship.”

I told her that was fine, I still wanted to get to know her.

She told me she didn’t think that would be “fair” to her partner.

At that point I realized I was bumping up against her monogamy programming.

She wasn’t SUPPOSED to meet with me.

I said, “If you’re uncomfortable we don’t need to meet.”

She thanked me and that was that.

But I couldn’t help smiling to myself nonetheless because it was obvious what was going on. The reason why she had to prevent our meeting together was because JUST LIKE YOU she is REALLY polyamorous.

She is really polyamorous.

“I could never live THAT way!”

Even your protestation proves my point.

Think about this and think about it hard. If you are REALLY monogamous then why do you have to resist polyamory the way you think you need to?

Why like this girl do you need to protect yourself?

Avoid spending time with someone of the opposite sex?

The reason is because you know quite well.

There is always the danger you could fall for them.

And that is completely taboo.

It’s simply is NOT ALLOWED by your monogamous paradigm.

Because you’ve “committed” to just this one person.

But you’re fully aware that your commitment means nothing if you start to fall for someone else. At that point your polyamory has kicked in and you just might make good on it after all.

Even the most pro-monogamy psychologist I know?

He recognizes this fact.

Willard Harley’s book His Needs Her Needs is subtitled, “How to affair proof your marriage.”

I thought you were monogamous!

Why is there such a danger of that?

In his book Defending Traditional Marriage he even says he thinks your brain is wired for affairs.

Did you get that?

Saying your brain is wired for affairs is just another way of saying you are essentially polyamorous. That’s why to pull off monogamy like you want, you have to be forever vigilant.

The only difference between you and me?

I’ve come to grips with this ultimate fact.

I no longer try to pretend I’m monogamous.

I simply accept I’m capable of loving more than one person.

As I’ve said many times I’m not into collecting partners.

But when I experience someone I really connect with?

I’m OPEN to exploring that to see where it goes.

I realize that coming to love someone else doesn’t mean I need to quit loving someone I already love. Just like with any of my non-romantic friends, I’m quite capable of sharing myself with each of them.

So the next time you’re trying to kid yourself?

Ask yourself this simple question.

Have you ever felt yourself emotionally drawn?

Romantically inclined to someone other than your current partner?

I suspect you’ll find the answer is, “Yes!”

Since that’s true you should have no doubt.

You ARE polyamaorous just like the rest of us.

How about you? Have you experienced the stirrings of romantic love with someone else and wish you could pursue it but believe you’re not supposed to?

Why You Should Have A Polyamorous Boyfriend (Part 6)

Why You Should Have A Polyamorous Boyfriend (Part 3)