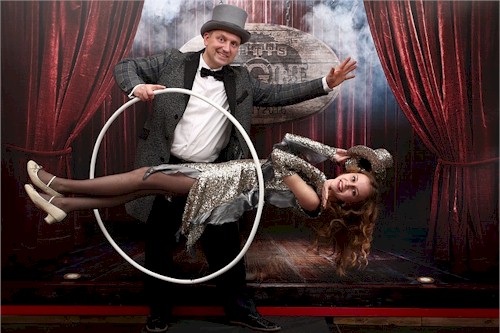 I noticed her pretty well immediately when I entered the grocery store.

She was a bit taller than me and unbecoming.

Unlike her “bounce of the wall” sisters, she wasn’t dressed colorfully at all.

Her hair was typically short and unfashionable.

But she was still cute.

My first encounter was very brief and I was actually interacting with a different girl at that moment.

For all I know that was part of my charm.

The pickup artists call it “preselection.”

This is a subconscious psychological thing you girls use.

To determine if a guy is worth getting to know.

In simple terms, is he attractive to other girls?

Then he’s probably worth your being attracted to him too.

I was standing at the “hummus cooler.”

Trying to help a girl there figure out which hummus to buy.

One that wouldn’t be too spicy for her.

I really don’t know much about hummus but hey, when an attractive girl is in need, I’m game to help her hunt nonetheless.

You just never know where these things might go!

Finally the hummus girl made her selection.

But just before she did, this unbecoming girl I mentioned walked up behind us.

I guess she is a covert hummus girl herself.

She arrived in time to see me having fun with my “damsel in distress.”

The first girl and I moved out of the way, so Unbecoming Girl could access the hummus goods.

By that time she was probably hooked because she saw how Hummus Girl was enjoying our interchange.

I wandered off down some other aisles and picked up the rest of what I came for.

As I was approaching the tills, I faced that ever recurrent conundrum.

Which till line up has the cutest girl at the end of it?

As fate would have it, Unbecoming Girl was right there in front of me.

This made my choice pretty clear this time.

I began removing my purchase items from my basket.

Unbecoming Girl had to reach across me to put her own basket back at the end front of the till counter.

She apologised for reaching across me and I said simply, “Not a problem!” with a cheery lilt to my voice.

Wow it is amazing how these pickup lines just flow out of me!

She smiled when I said this and I momentarily took note of that.

Such a simple thing but she really seemed to appreciate my politeness.

I don’t remember “be polite” in any of those pickup manuals I’ve read. I must just have missed it.

Anyway, as she finished up her purchase, I glanced at her a few more times during the process.

She seemed to glance back a bit too.

I took note of that as well.

Then once her purchase was done she began putting her things into her bag.

This is where I always blow it.

Yes guys, even I, who know everything I do. I just don’t tune into the obvious.

First she seemed to be fumbling furiously to get her things in her bag.

Then she seemed to almost slow down and stall there, waiting for something.

Finally she picked up the last item and struggled again to get it in her bag.

Yes guys I really am an idiot.

She was literally screaming at me, “Please start talking to me!” But I missed those signs.

I’m still such an introverted guy.

I just have trouble believing that a reasonably attractive girl, could actually be interested in me too.

Of course I did what I always do.

In those moments when I realize what I’ve done.

It thought to myself, “Maybe if I’m quick I can catch up with her outside the store.”

But of course as always, Miss Unbecoming was not just Miss Begoing but had already become Miss Begone.

As painful as this all sounds, this wasn’t my worst grocery store miss.

But I’ll save that one for another day.

So what’s the worst thing that could have happened guys?

I’m guessing probably she would have just told me it and smiled again.

Then I could have said, “So do you live here in the west end?”

I mean, she’s shopping for groceries in the west end.

I don’t shop for groceries somewhere as far as I can find from where I live.

It really didn’t matter much what I had to say. She was obviously interested in me. All I had to do was open my mouth.

Doesn’t matter what you say.

It’s just a way to get her talking.

Then I could have taken it from there.

What about you guys? Got any stories to share about “the one that got away?”

Want Love? Here’s The Worst Thing You Can Do To Get It