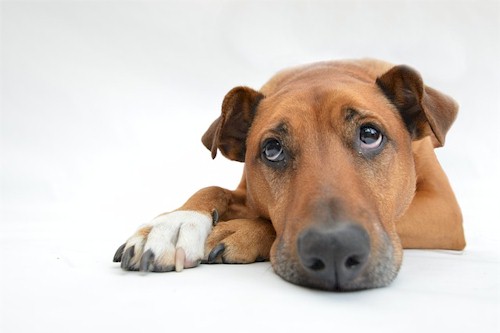 It makes so many assumptions about who you are and what makes you tick.

And modern feminism has definitely muddied the waters.

Because it has blown open the definition of what a girl and what a guy actually are.

Today while it’s “okay” to still want to be a little housewife and raise your toddlers up, that’s far from an obvious career choice anymore.

And being a guy who works hard and brings home the bacon?

Today we have strong girls who climb the corporate ladder and are quite capable of taking care of themselves.

Guys still climb the ladder too of course, but now that you girls don’t need them to provide, guys often seem to flounder in relationships.

Despite these progressive realities however, biology doesn’t seem to have caught up.

On the dating and relationship front you’re told the old rules still apply.

You guys still want a youthful looking potentially fertile mate, even though you may not even want a family.

You girls still want a guy who is capable of keeping you safe and secure, even though you’re completely capable of doing that yourself!

You’re told to play games that appeal to these biological imperatives when dating, even though they are largely irrelevant now in your long term relationship.

Things get even crazier when your actual relationship ensues.

How is a strong girl supposed to behave with a guy who is biologically wired to be strong for her?

Does she suddenly act like a little princess who can’t lift her own tea cup?

Not likely that program is gonna fly!

I spoke once with one strong girl who said her dating coach told her to act like she didn’t know anything with a guy she’s interested in.

She asked her coach, “For how long?”

And that’s the point.

Today’s modern girl is being told that because guys need to feel they are providing for her, she has to find a way in her totally capable life, to make him feel like he’s providing when he isn’t.

In his book Get The Guy Matthew Hussey tells you girls that a man “feels emasculated when he feels like he’s dispensable in your life.”

But of course today that’s exactly what he is.

So what does Hussey suggest you do, to offset your guy’s sense that you don’t need him?

He says you can share when you’ve had a lousy day and let him comfort you.

He recognizes you could actually keep your lousy day to yourself and be just fine doing so. But then Fido wouldn’t feel he’s important to you.

He wouldn’t feel he’s keeping you safe and secure.

Did I just call your guy Fido?

I guess it’s because when I read what Hussey had to say here, that’s exactly how I felt.

I felt like you were being told I was this sad little dog who doesn’t feel loved anymore, because you don’t really need me to make you happy anymore.

And because you feel sad for me, you should at least throw me a bone to try to make me happy.

Try to trick me into feeling like I actually can contibute to your needs.

When really I can’t anymore.

Shouldn’t we all be acknowledging that the old needs are gone? That our biology is completely outdated here?

Let’s say we do that.

In fairness to Hussey, he does acknowledge that guys need more than just to feel they are contibuting in a valuable way.

He says we also need sexual validation, acknowlegement of what makes us unique in our character, to feel like we have a teammate in life, and to be nurtured and supported in our endeavors.

But this central need to truly do things for you, to provide for and keep you safe, is a gaping hole left by the blast of feminism upon us.

I have a relationship coach friend who also teaches her female clients to find ways in life to “let men do things for them.”

Not because they need them to do them.

But because men need to feel they are needed.

Am I the only one who feels the artificiality of this advice?

Again the sense of throwing a guy a bone just stands out to me so clearly.

What is the answer then?

The time has come to recognize that the old way of doing relationships doesn’t work anymore.

Even if your biology still calls for it.

It is time to recognize that friendship is the new paradigm for relationships.

The old provider based model is dead.

Despite the wishes of some?

Yes attraction works the way it works and nature’s “imperatives” aren’t going away any time soon. So we have to acknowledge that and work with it as best we can.

But what attraction is calling for doesn’t serve us anymore.

Contrary to the past?

You’re not seeking a relationship just to get baby’s born and on their way anymore.

That is nature’s plan.

You need to be smarter than nature. You need to prioritize what will allow romantic love to flourish in your life.

That’s why I recommend Romantic Friendships.

They are an alternative to traditional long term monogamy and its modern “holdout” cousin serial monogamy.

With Romantic Friendships you maintain your own independent life.

Nobody “provides” for anybody.

Instead you are two complete individuals who value each other and share a romantic connection as a result.

As Hussey otherwise suggests, in Romantic Friendships both partners share sexual fulfillment (validation) and emotional connection (teammates) and they value their partner for who they are (uniqueness) and support each other through their meaningful union.

The result is a love life that avoids the things that cause other relationships to break down.

Instead it encourages the things that make love flourish.

This is the relationship paradigm for the modern world.

What do you think? Instead of throwing Fido a bone do you think we should teach this old dog a new trick?

Healing Your Triggers Is Overrated (Part 2)

Every Time You Are With Your Partner Is A Gift