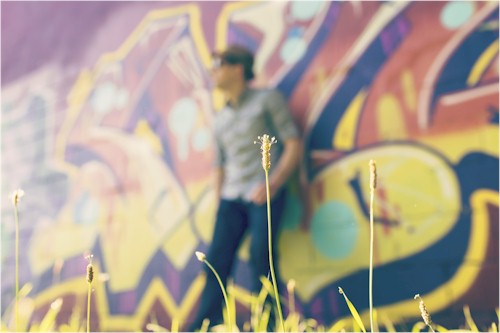 So you’re spending time with someone and you’re really connecting with each other.

It’s so obvious it hurts.

You’re spending all your time together.

You couldn’t ask for a better situation.

Out of the blue she sends you a text saying “Hey I just want to clarify our relationship. We’re just friends, nothing more.”

You can’t believe your eyes.

Forget for a minute that this is not the type of thing to just casually throw out there without any discussion, let alone do it over text.

You know you can’t be wrong about what you felt and what you knew was happening between you.

Sure you weren’t “official” just yet, but it was obviously headed in the right direction.

So what went wrong?

Sorry. I can’t answer that one for you.

There are lots of different reasons people do about faces like this.

Sometimes the emotions get so overwhelming they panic and run.

Other times they had other plans for their life and weren’t really thinking of getting into something serious when this came upon them.

Finally they just had to reassert control and bring their emotions in check.

And yes, despite all indications, you may actually have read the signs wrong and she really just wasn’t into you like you thought she was.

So what do you do now?

Some people would say you should just respect her decision and leave it at that. Either move into the friend zone with her or stop seeing her altogether. I disagree.

Hey, I’m not here to tell you what to do, but I don’t really think those are your only options.

Nor do I think they are your best options.

Nothing wrong with either of them if that’s what you want to do and you don’t really care if you lose her completely.

But if you want any chance of being together at sometime in the future then I’ve got a better response for you.

Are you ready? Here it is.

That’s right. Don’t agree with her.

You were lovers a moment ago before she sent you that text. Why does her sending that text mean you aren’t lovers now?

I know you think I’m crazy.

How can you still be lovers when she just told you you’re only friends?

Well if you think you were wrong on how the two of you felt about each other then fine, agree with her.

But if you weren’t wrong about how the two of you were feeling, that means you’re still lovers now right?

All that’s happening here is she’s deciding to try to demote the love you have to something it isn’t.

Why should you agree to that?

You see this friends thing is just how she sees it now. Or more likely is trying to see it now. But why should you accept her view of things? Why shouldn’t she accept your view instead?

Is there any reason her view is more right than yours?

Any reason your view is more wrong than hers?

What I’m saying is, a relationship is a partnership between two people.

It doesn’t matter if you’re officially dating or an item. If you’re relating together at all you’re in a relationship.

Nobody in a relationship has priority over the other, and any decisions made about the relationship should be made together.

What just happened to you is she made a unilateral decision about what your relationship is. She has no more right to do that than you do. As a board member you have a right to be at the meeting. It appears you missed this one!

So go ahead and disagree.

Continue to see the two of you as lovers.

Because that’s how you see it and quite frankly that’s how things actually were before this text showed up.

You don’t have to accept her decision that you’re just friends now.

But doesn’t that mean she doesn’t have to accept your decision that you’re still lovers now either?

Where does this leave you?

Obviously it doesn’t mean that now things will go back to how they were.

Her changed perspective has entered the picture and impacts things.

A couple of things can happen from here.

First she may get upset with you and think you’re playing a silly semantics game.

She may decide she doesn’t even want to be friends and that will be that.

Or she may think if this silly game is something you need to play to make this demotion to friends work for you that’s your issue.

It’s not going to change how she sees things.

But actually that’s not true. It is going to change how she sees things.

By refusing to be demoted to friends you send a clear message to her that you will not be friend zoned by her. You will respect the fact she’s choosing to look at your relationship the way she is, but you will continue to look at it as more.

And you should continue to look at it as more.

Because it is more.

No I’m not saying you try to be intimate with her in ways she won’t accept now.

But you can certainly continue to communicate to her how you feel about her, even if you have to respect her changed attitude in how you behave.

By continuing to communicate how you feel you keep a clear subcommunication going that you love her and continue to desire her.

This is important because when a girl friend zones you she puts you in a place you often can never escape from and you’ll never have a chance to be a lover with her again.

Naturally there is no guarantee doing what I’m telling you will ensure you’ll be together at some point in the future either.

But it keeps the door open with her psychologically.

You’re not going to play the role of “just friend.”

This subcommunication that you still love and desire her does something else as well.

Nature has built into girls the desire to be swept off their feet and to have their heart won.

This is part of that whole provider/protector thing.

When they pull back like this it can often be a test, at least at a subconscious level. Will you continue to pursue her and show her you really love her, or will you roll over and play dead and do what you’ve been told by letting her friend zone you?

If you fail to pursue her you’ve failed the test.

Stick to your guns and seek to win back her heart and you’re saying to her subconscious you really are “the one.”

Lots of Disney fantasy in there.

But the point is you’ve got a much better chance of reviving your relationship if you keep moving personally in the direction you already were moving.

The worst thing you can do is say “okay” to this friend zone thing and then watch as a few months later somebody else walks in and wins the prize instead.

I’m not saying you keep whimpering to her like a wounded puppy how much you miss her and beg her to come back to you. That’s perfect if you want to guarantee she loses any attraction she had for you.

Instead you should continue to live your life.

The idea isn’t to beg her but to clearly convey to her you see her as the lover you always did and will continue to do so until she decides to pick up where you left off.

And you stay in communication with her if you’re serious in wanting her back.

Of course if you really think you were wrong and realize now she really wasn’t into you after all, ignore everything I just said!

Otherwise let me know what you think about this better response to “Let’s just be friends.”

And Poof! She Was Gone

The Entire Dating World Is Defective Or Haven’t You Noticed? (Part 2)